Today's Scripture: “You intended to harm me, but God intended it all for good. He brought me to this position so I could save the lives of many people.” Genesis 50:20, NLT

Today's Word: God gave Joseph a dream that he was destined for greatness, but before that dream came true, he went through some very dark places. However, today’s Scripture shows how God connected the dots. Being thrown into the pit by his brothers led to being sold to Potiphar in Egypt, which led to being falsely accused and put in prison. In prison, he interpreted the dreams of the butler and the baker, which led to interpreting Pharaoh’s dream and being put in charge of the nation. Every step was divinely orchestrated and moving Joseph toward his destiny.

As was true in Joseph’s life, you have to believe that a disappointment, a betrayal, or a setback is part of God’s plan. It’s moving you little by little into your destiny. God knows what He’s doing. What looks like trouble is really the hand of God. Keep doing the right thing despite the trouble, and one day, God is going to connect the dots for you.

A Prayer for Today: “Father, thank You that what so often looks like trouble is really Your hand moving me toward Your purpose. Thank You that it’s going to push me into a level of my destiny I could never experience without it. Help me to be patient while You connect the dots. In Jesus’ Name, Amen.” 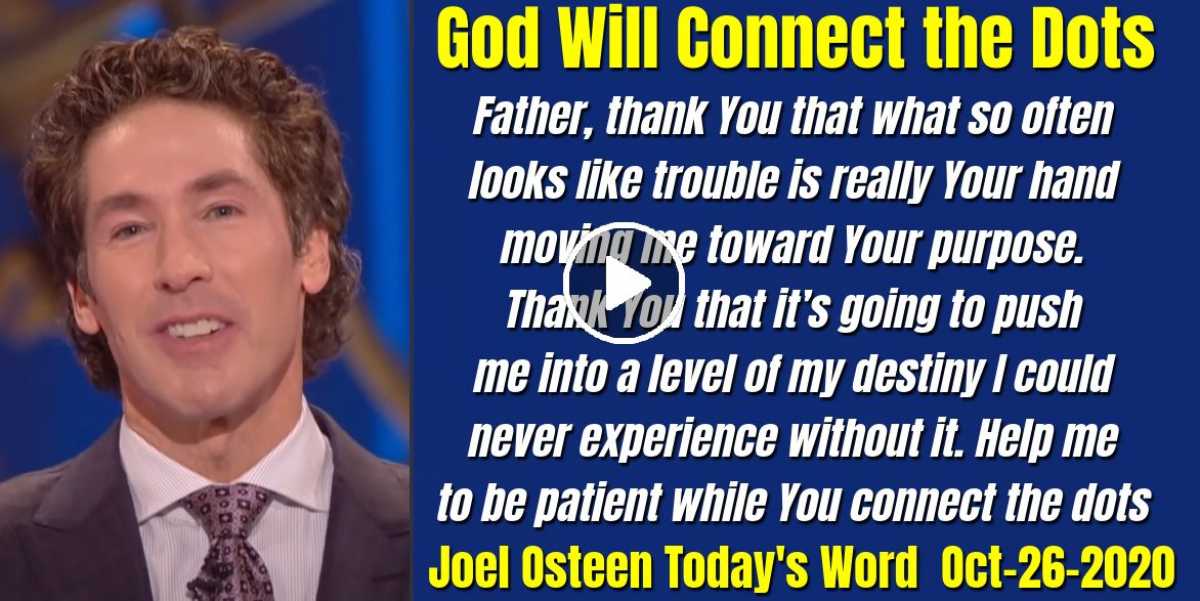