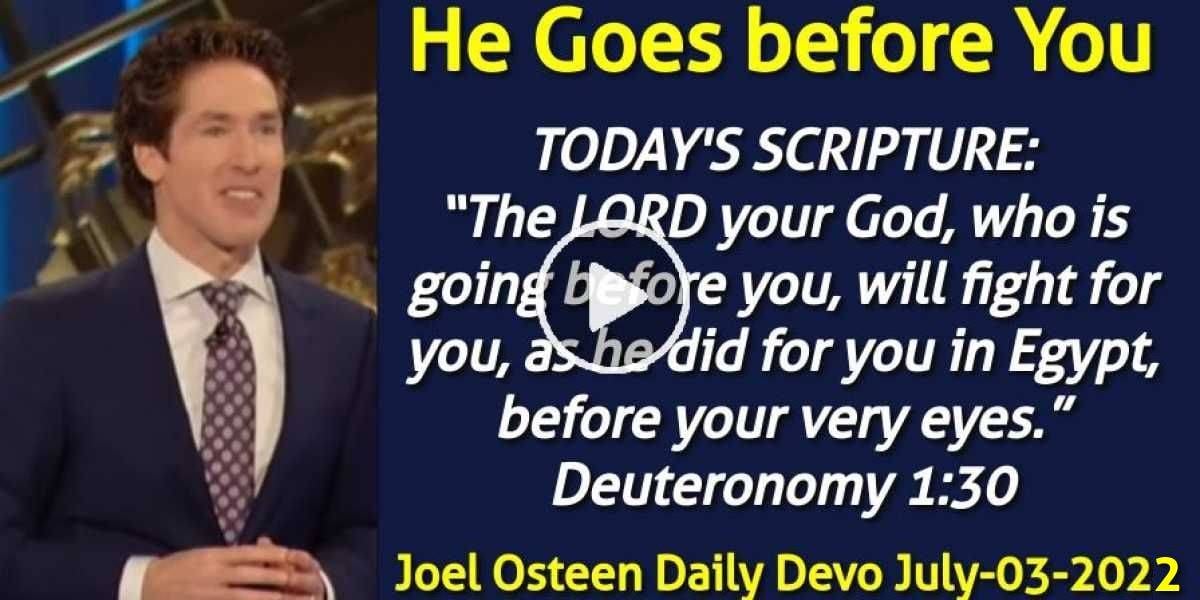 TODAY'S SCRIPTURE: “The LORD your God, who is going before you, will fight for you, as he did for you in Egypt, before your very eyes.” Deuteronomy 1:30, NIV

TODAY'S WORD: The Israelites had been freed from slavery and were on their way to the Promised Land. They had all kinds of enemy nations surrounding them and no military equipment or training. Now they were out in the heat of the desert without water and food sources. They felt overwhelmed, outnumbered, and inadequate. In the natural, they didn’t have a chance. But God spoke today’s Scripture to them. They had seen God part the Red Sea and destroy Pharaoh and his army.

You may feel that the odds are against you. But God is saying to you what He said to them, “I’m going before you, and I’m fighting for you.” Whatever is trying to stop you is no match for our God. One touch of His favor and He’ll turn that Red Sea into dry ground. You’re not going to have to struggle and fight. It may look intimidating, like it’s never going to change, but don’t worry. God is going to do something extraordinary.

PRAYER FOR TODAY: “Father, thank You that You are the Almighty God who goes before me and fights for me. Thank You for all the great things You have done for me and for all the extraordinary victories that You are about to bring me through. I believe that this is a new day of Your favor. In Jesus’ Name, Amen.”