TODAY'S SCRIPTURE: “Daniel, servant of the living God! Was your God, whom you serve so faithfully, able to rescue you from the lions?” Daniel 6:20, NLT

TODAY'S WORD: Most people won’t ever literally come face to face with a hungry lion, but we’ve all been in situations where we felt as though we are about to be “eaten up” or destroyed. Daniel lived a life of excellence and found favor with the king. The king kept promoting him and giving him more authority, which made the other administrators jealous and angry. They manipulated the king into signing a law that Daniel could not follow. Daniel prayed and still found himself in the lions' den. How would you respond in that situation? I’m sure Daniel believed that God would deliver him. I’m sure he hoped it would be before he was thrown into that den. Have you ever prayed and prayed for something and things just kept getting worse? Daniel trusted that God was working His plan for His glory. In the end, Daniel was protected and his enemies were destroyed. When it looks as though your friends have turned on you and you are headed for the lions’ den, don’t be discouraged because God has the final say. Keep believing Him; keep trusting Him. He’s promised to never leave you nor forsake you. He’ll shut the mouth of the lion; He’ll silence your accusers; He’ll stand with you in the fire, and He will lead you into victory in every area of your life.

PRAYER FOR TODAY: Father in heaven, You are my Light in dark times. I thank You for Your faithfulness and trust that You have a wonderful plan for my life. No matter how things seem, I will put my hope and trust in You. In Jesus’ Name. Amen. 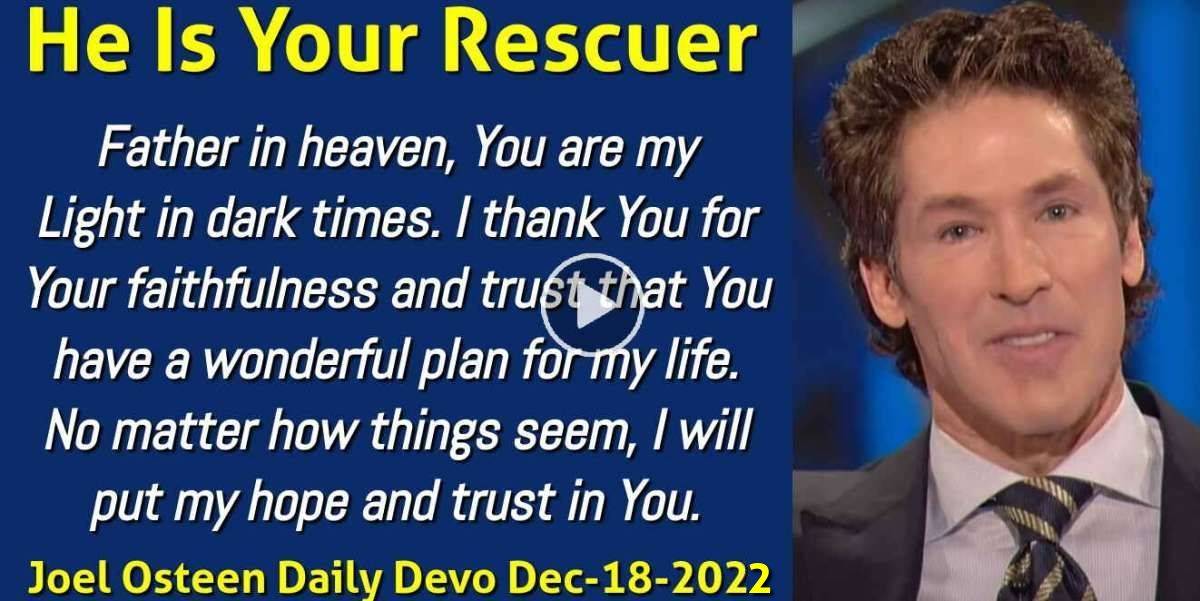