TODAY'S SCRIPTURE: I will say to the LORD, “My refuge and my fortress, my God, in whom I trust.” For he will deliver you from the snare of the fowler and from the deadly pestilence. Psalm 91:2–3, ESV

TODAY'S WORD: Notice the connection in today’s Scripture between I will say and He will do. It doesn’t say, “I believe He is my refuge.” The psalmist went around declaring it, speaking it out: “The Lord is my refuge.” Notice what happened. God became his refuge and strength. God was saying in effect, “If you’re bold enough to speak it, I’m bold enough to do it.”

PRAYER FOR TODAY: “Father, thank You for being my refuge and my fortress, my God in whom I trust. I speak it out loud because I know that it’s true, and I believe that You will deliver and protect me. Help me to release my faith and declare that my dreams are coming to pass. In Jesus’ Name, Amen.” 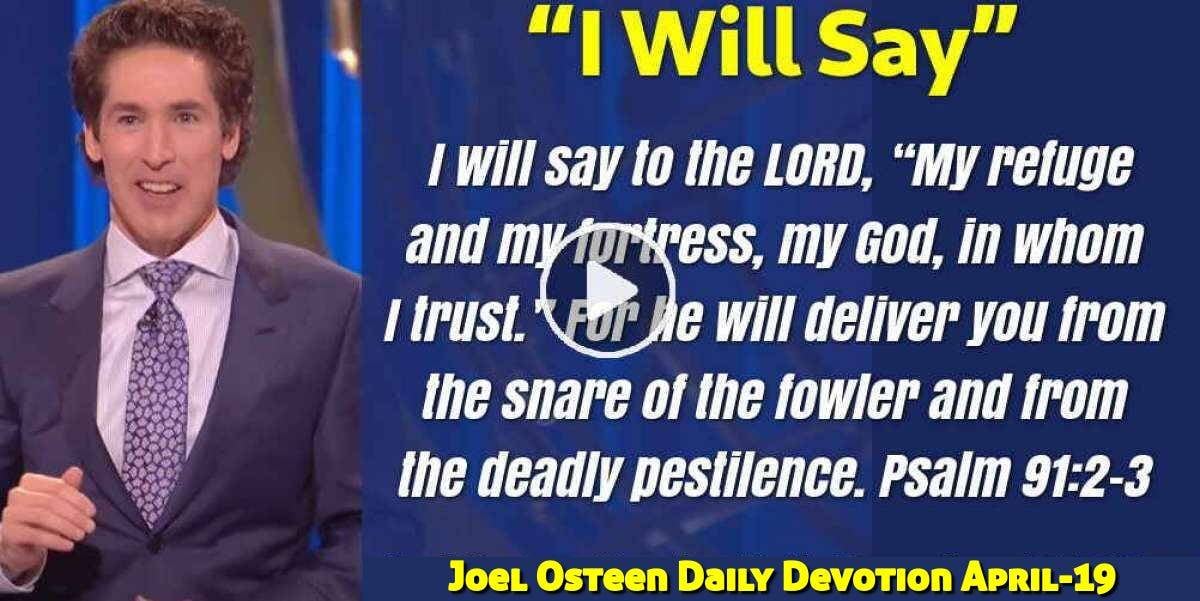