Today’s Scripture: Hebrews 4:2, NKJV - But the word which they heard did not profit them, not being mixed with faith in those who heard it.

Today’s Word: In the Scripture, God has given us hundreds of powerful promises that say we'll live an abundant life, we'll be healthy and whole, we'll experience favor, increase, restoration, and on and on. But as encouraging and inspiring as the promises are, on their own they won't do you any good. They're just nice, encouraging words. You have to add in the one ingredient that activates the power, that makes the promises come alive and become what God says, and that's faith.

Prayer for Today: Father, thank You for the promises You have spoken in Your Word and to my spirit. Thank You that I can speak words of faith that agree with Your promises and ignite them to come to pass in my life. I believe that as I mix in my faith that You will do things I've never seen before. In Jesus' Name, Amen 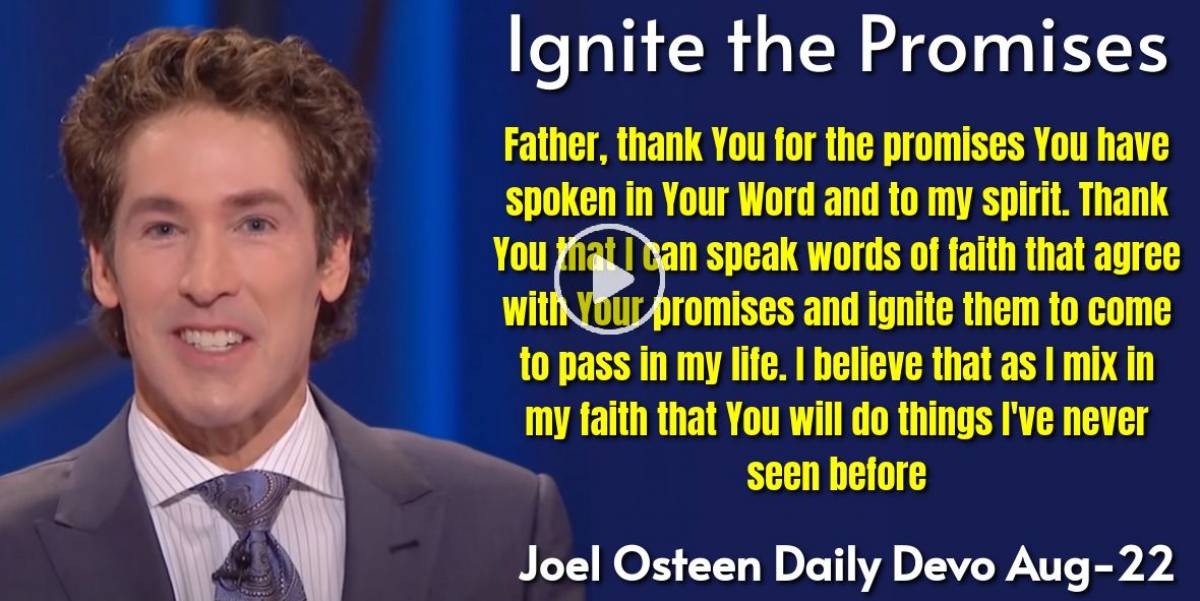