Today’s Word: As a young man, David spent years running from King Saul, hiding in caves, sleeping in the desert. I'm sure he prayed, "God, deliver me from Saul. This is not right." But it was as though the heavens were silent. God didn't change it. It was a night season--a time of testing, a time of proving.

There are times in all our lives when we're praying and believing, but we don't see anything changing. We can feel alone, forgotten. It's a night season. We can't see what God is doing, but God is working behind the scenes. He does His greatest work in the dark. Your story doesn't end in the night. Keep moving forward in faith, keep believing. The bad breaks, the disappointments, the losses, and the sicknesses are simply additional steps on the way to your destiny. It's just a matter of time before the morning breaks forth.

Prayer for Today: "Father, thank You that You are the God of the night seasons. I believe that no matter what comes my way, it's not a surprise to You, and You still have me in the palms of Your hands. I believe that though it may be night now, morning is coming. In Jesus' Name, Amen." 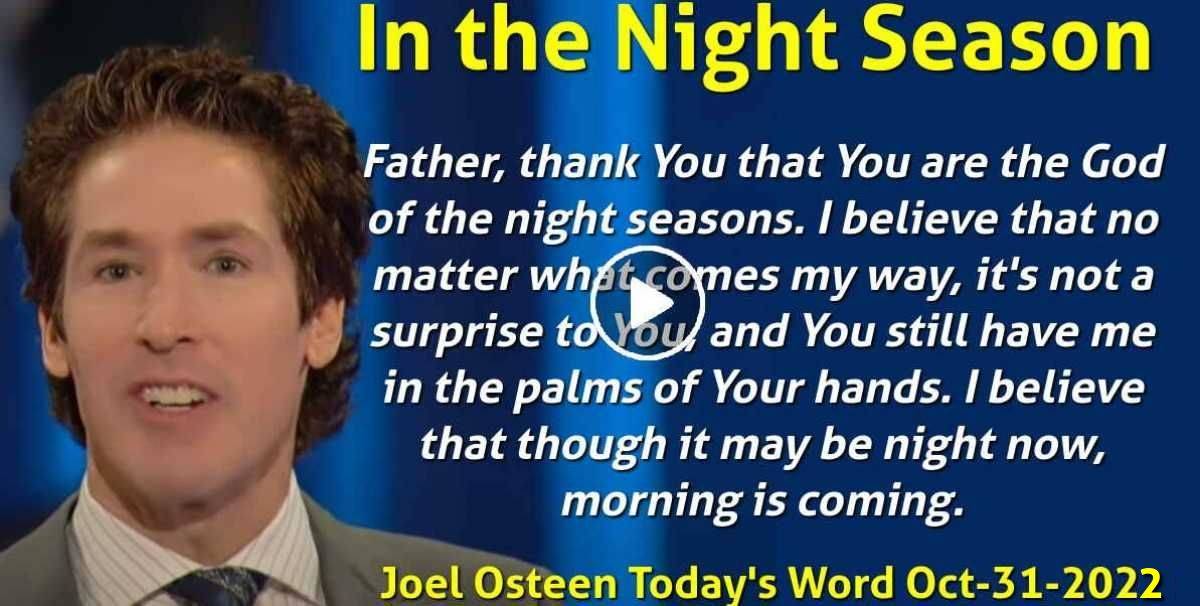