Today's Scripture: "The son started his speech: ‘Father, I’ve sinned against God, I’ve sinned before you; I don’t deserve to be called your son ever again.’ But the father wasn’t listening.” Luke 15:21–22, MSG

Today's Word: My friend, perhaps you know the story of the prodigal son in Luke 15. When he returned home after having wasted his father’s inheritance on wild living and partying, he passionately started pouring out his genuine remorse, but his father wasn’t listening. He was calling his staff to kill the fatted calf for a party and declaring, “My son was lost and now he’s found!”

Are you doing what this son did, telling your Father everything you’ve done wrong, how unworthy you are of His love? Can I tell you that God is not listening? You’re wasting your breath. The moment you asked God to forgive you, He forgave you and then He forgot your sins. You’re not worthy because of what you did or didn’t do. You’re worthy only because of what Jesus did for you on the cross. If you keep asking Him to forgive you and keep telling Him you’re unworthy, He tunes all that out. If you want God to listen to you, start speaking the language of faith in today’s prayer. 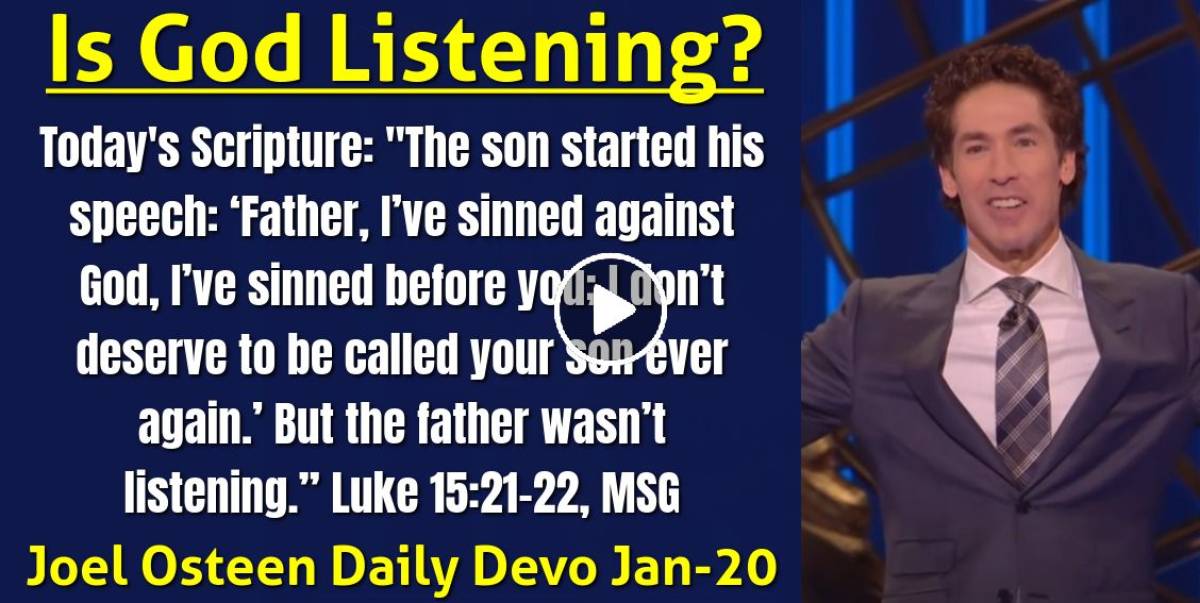