Today’s Scripture: 2 Kings 7:1, TLB - Elisha replied, "The Lord says that by this time tomorrow two gallons of flour or four gallons of barley grain will be sold in the markets of Samaria for a dollar!"

Today’s Word: An army had surrounded the city of Samaria, cut off the Israelites' food supply, and clogged up their waterways so they couldn't get any water. The people were starving and beyond desperate. When Elisha spoke today's Scripture, the people thought he'd lost his mind. One leader said, "That couldn't happen even if the Lord opened the windows of heaven." Yet if you continue reading the story, it did happen just as Elisha said, miraculously, and there was a sudden abundance of food.

For some of the things that seem impossible that they could turn around or happen, you're going to be amazed. You're looking in the natural, but we serve a supernatural God. Get in agreement with God. Believe that things are going to fall into place, opportunity is going to come to you, people will go out of their way to be good to you. You couldn't have made it happen. It's the hand of God.

Prayer for Today: "Father, thank You that when I believe, angels go to work, forces of darkness are pushed back, and things begin to change in my favor. Thank You that whether You do it tomorrow or next year, You will take care of my every need. I believe it's on the way. In Jesus' Name, Amen." 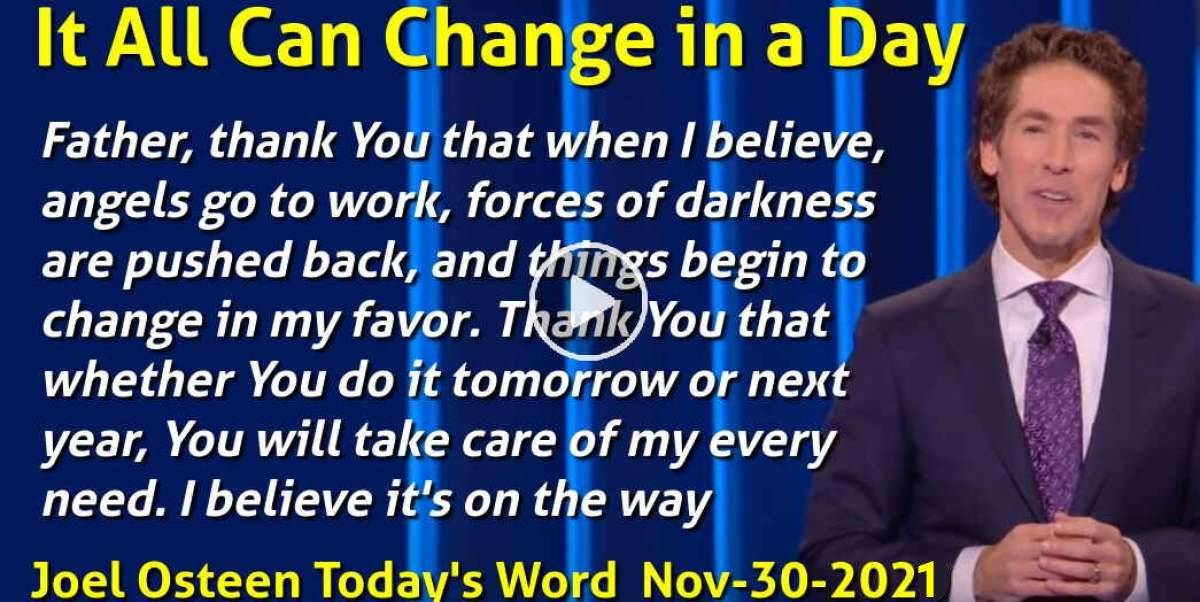