Today’s Scripture: Isaiah 14:27, NKJV - For the LORD of hosts has purposed, and who will annul it? His hand is stretched out, and who will turn it back?

Today’s Word: God is not only strategically directing your steps today, He's orchestrating everything around you. He s already lined up people who will help lead you to your blessing, lead you to your promotion, and lead you to your next level. They will go out of their way to show you favor. You don't have to try to manipulate people, force doors to open, or convince someone to be good to you. He's already prepared the hearts of the people He has ordained to help you and has the blessings waiting for you. Isaiah was saying, Who can stop what God has already set up? Quit worrying about who doesn't like you, how big your obstacles are, or why you can't accomplish your dreams. It's already set up; you're right on schedule. No person, no bad break, and no addiction can stop what God has ordained. If you keep honoring God, being your best, what God has set up will find you. You won't have to go after it; it will come after you.

Prayer for Today: Father, thank You for the blessings You've already lined up. Thank You for the people, the favor, and the promotion You've ordained to come across my path. I believe that You are directing my steps and orchestrating everything around me. In Jesus Name, Amen. 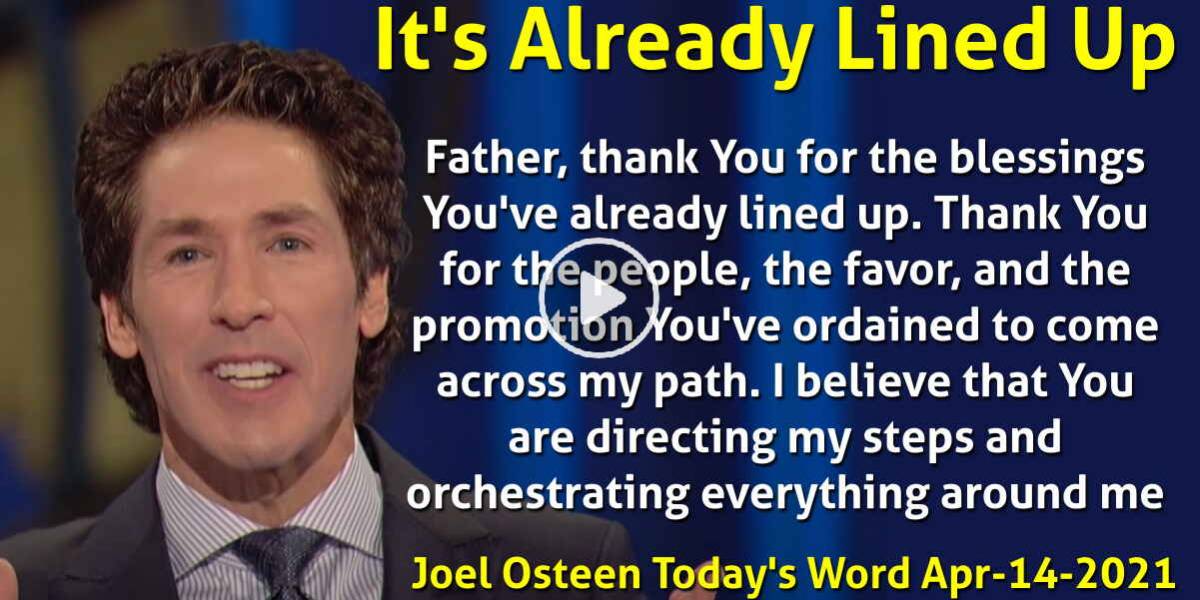