TODAY'S SCRIPTURE: And this time their nets were so full of fish they began to tear! Luke 5:6, NLT

TODAY'S WORD: We all have times when we know we’re supposed to do something but it doesn’t seem fair. It might be to forgive someone who did you wrong, help someone who never says thank you, or honor your spouse’s repeated request to do something their way rather than your way. Everything on the inside will say, “No way! They don’t deserve it.”

After Peter had fished all night and caught nothing, Jesus said to him, “Launch your boat into the deep and let down your nets.” Peter could have said, “Jesus, I’m an expert fisherman, and the fish are not there now.” Instead he humbled himself and said, “It doesn’t make sense, but at Your word I’m taking this step of faith.” When he did, he caught so many fish that his nets began to break. If you’re going to reach your highest potential, you have to humble yourself and do things you don’t understand. Your promotion is in your humility.

PRAYER FOR TODAY: “Father, thank You that there is promotion, healing, restoration, and abundance when I walk in humility and obey Your word to me. Help me to humble myself, swallow my pride, and do the thing You’re asking me to do when I don’t understand. In Jesus’ Name, Amen.” 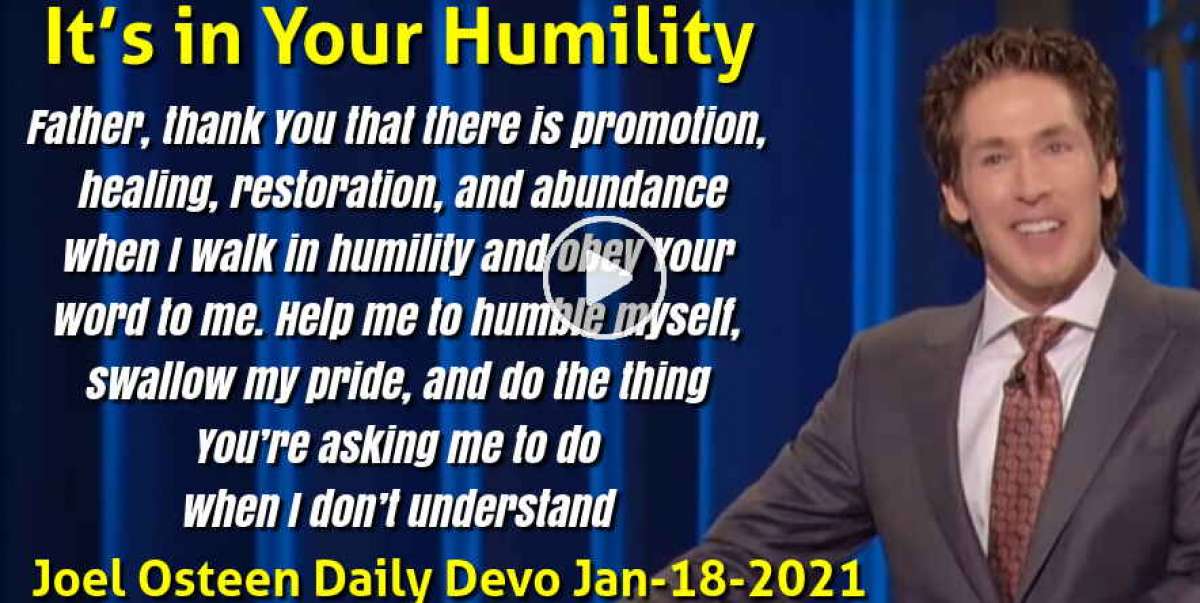