TODAY'S SCRIPTURE: When darkness overtakes him, light will come bursting in… Psalm 112:4, TLB

TODAY'S WORD: We know that God is always with us, but the psalmist says that in times of difficulty, God is very present. You’ll never see the fullness of who God is if you’re in the light all the time. It’s in the storms, in the difficulties that God is most present. When you don’t see a way out and it’s dark, you’re in prime position for God’s light to come bursting in. It’s going to happen suddenly—a burst of favor, of healing, of strength. You didn’t see it coming. One moment you were struggling with debt, and suddenly—one contract, one promotion, one good break—you have more than enough. What happened? The light came bursting in. The God who is a very present help in trouble said, “Your night season was only temporary. It’s time for your breakthrough. Now it’s time to propel you forward.” God is about to do that for you.

PRAYER FOR TODAY: “Father, thank You that in times of trouble when I don’t see the way out and it’s dark, that You come bursting in with light and direction. I believe that You, the Creator of the universe, have highly favored me and are about to propel me forward. In Jesus’ Name, Amen.” 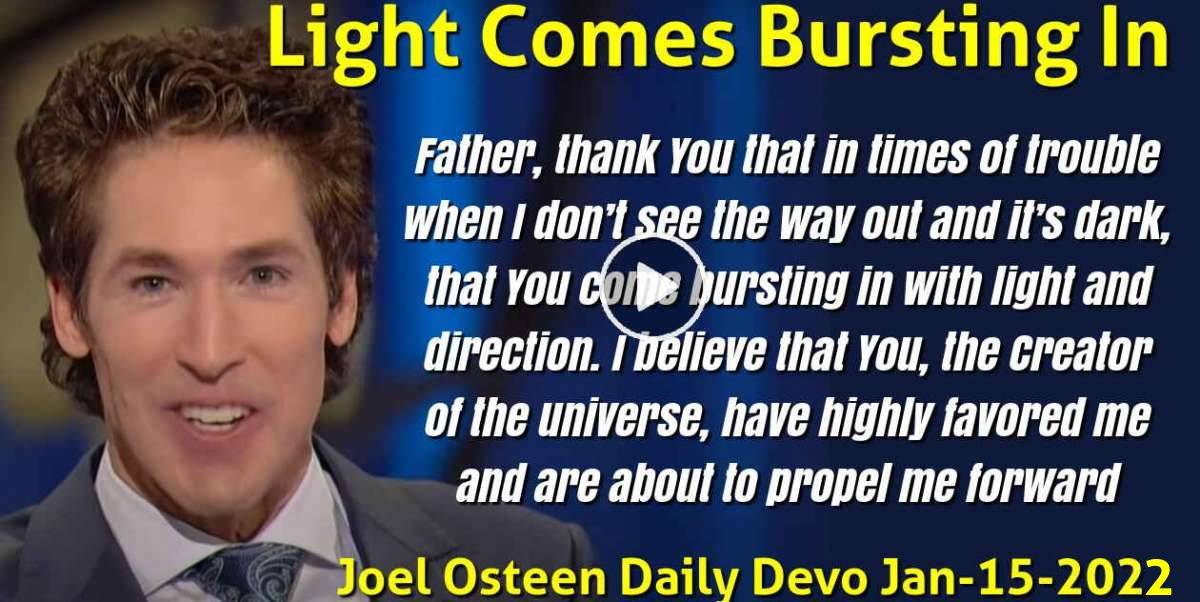