TODAY'S SCRIPTURE: The Israelites examined their food, but they did not consult the LORD. Joshua 9:14, NLT

TODAY'S WORD: Joshua and the Israelites had just defeated Jericho miraculously. God’s favor was on them. A group of people, who lived nearby, knowing they also would be destroyed, came up with an elaborate plan to deceive Joshua into believing they were from a distant land and make a peace treaty with them, which God had forbidden. It was a persuasive deception on the surface, and it became a big headache that could have been avoided if Joshua had consulted the Lord.

That’s why you need to consult with the Lord before you get involved with people, before you sign that contract, before you put the money down. People show you one side, but God can see the whole package. You’re not going to make the best decisions if you’re not consulting with God. He will protect you from making mistakes, open the right doors, bring the right people, and take you to the fullness of your destiny.

PRAYER FOR TODAY: “Father, thank You for all the ways You have protected me from harm and mistakes. Thank You that You haven’t left me on my own to work out my destiny. I will choose to consult You for wisdom and guidance in my decisions. In Jesus’ Name, Amen.” 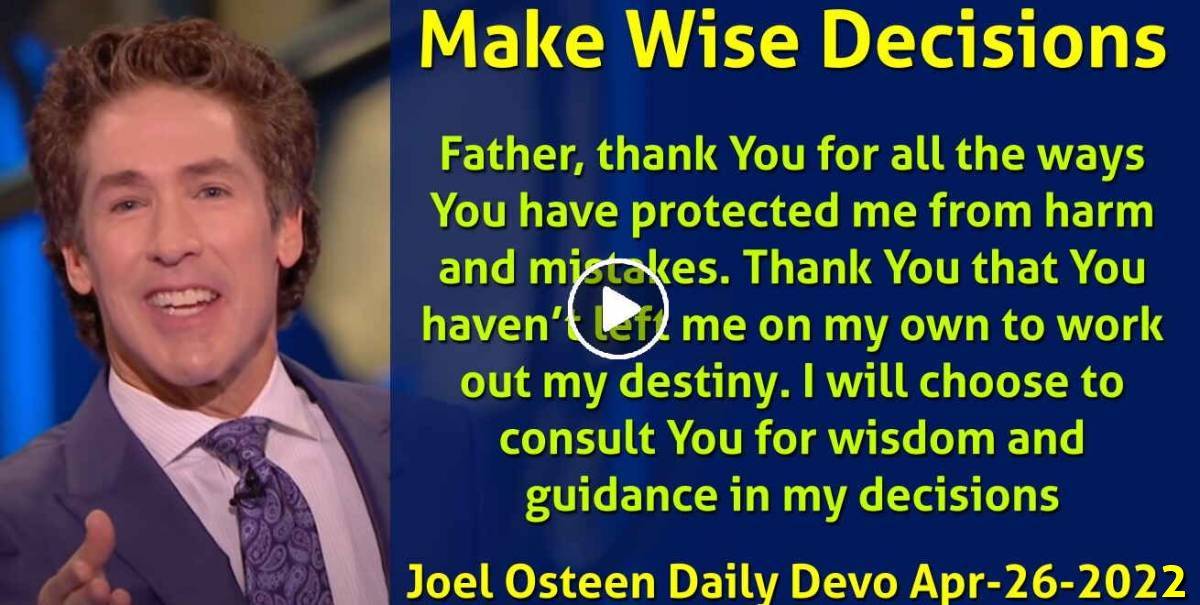