Today's Scripture: So Sarai said to Abram, “The LORD has prevented me from having children. Go and sleep with my servant. Perhaps I can have children through her.” And Abram agreed with Sarai’s proposal. Genesis 16:2, NLT

Today's Word: In Genesis 15, God told Abraham that He was going to give him and Sarah a son. The problem was that they were already too old to have children in the natural. Years went by, and finally Sarah told Abraham to sleep with her maid. She watered down the promise and brought it down to the level she thought was possible, and Abraham went along with it. Instead of releasing their faith, believing for the extraordinary, they settled for what they thought was good enough. But the baby Ishmael was not the promised child, and trying to help God out caused many problems.

Too many times we take what God put in our heart, and instead of coming up to His level and believing for the impossible, we bring it down to what makes sense to us. Why don’t you take the limits off God? What He promises will come to pass—not a watered-down version, not a get-by version, not a good-enough version. Get ready for the fullness of what God said.

Prayer for Today: “Father, thank You that You are the Most High God, and You are not limited by what limits me. Help me to remember that You can do the impossible when I’m tempted to water down Your promises. I believe that You can take me where I can’t go on my own. In Jesus’ Name, Amen..” 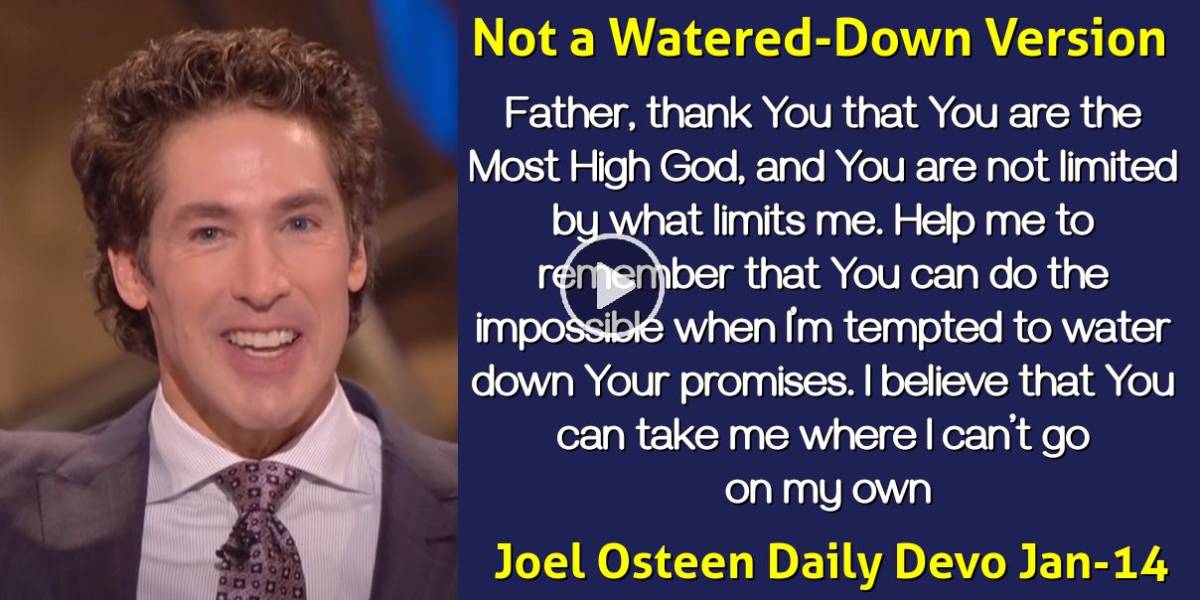