Joel Osteen (January-21-2021) Today's Word: Nothing Happens Until You Speak

Today’s Scripture: Psalm 107:2, NKJV - Let the redeemed of the LORD say so, whom He has redeemed from the hand of the enemy.

Today’s Word: In Luke 1, when an angel told Zechariah that his wife, Elizabeth, was going to have a baby, he said, "How can I be sure of this? We're too old now." The angel said, "It's going to happen, but now you will be silent and not able to speak until the day this happens." That's how powerful words are. God knew that if Zechariah went around speaking words of defeat, such as "This isn't possible," that would stop the promise.

God has spoken promises to your spirit that may seem impossible. Don't talk yourself out of the miracle. Your words have creative power. When you speak something out, you've giving it the right to come to pass. It's one thing to believe you're healed, but when you say "I am healed," that releases the healing. It's not enough to just believe you have favor or that you're going to fulfill your dreams. Nothing happens until you speak. Get in agreement with God. Dare to declare what He put in your heart.

Prayer for Today: "Father, thank You for the promises You have spoken to my spirit. Thank You that I can speak words of faith that agree with Your promises and give them the right to come to pass. I will use my words to invite good things into my life. In Jesus' Name, Amen." 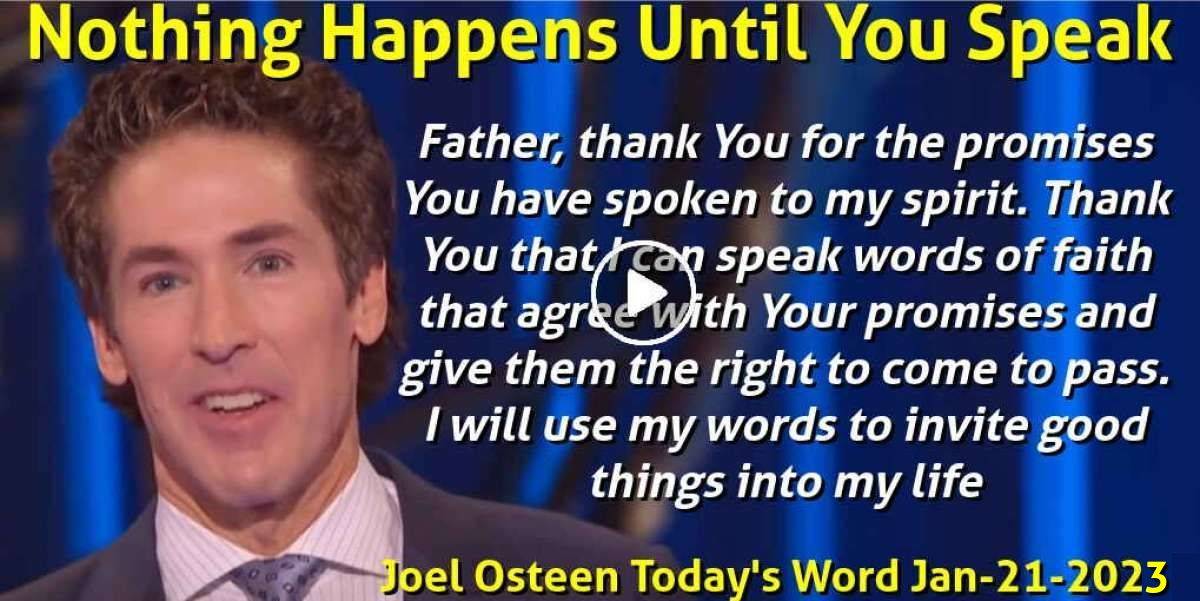