TODAY'S SCRIPTURE: Many are the plans in a person’s heart, but it is the LORD’s purpose that prevails. Proverbs 19:21, NIV

TODAY'S WORD: Sometimes God will let us be uncomfortable for a dark, difficult period so He can bless us later on. He’ll close a door, which we don’t like, but later on He’ll open a bigger door. God is not as concerned about our comfort as He is about our purpose. There are times when He will shake things up to force us to change. His goal is not to make our life miserable; He’s pushing us into our purpose.

Not every closed door is a bad thing. If God had not shut that door, we would have been satisfied to stay where we were. Not every time a person walks away from us is a tragedy. God knows we won’t move forward without a push. You have too much potential, too much talent, too much in you to get stuck where you are. He’ll put you in situations that make you stretch, make you grow, make you spread your wings.

PRAYER FOR TODAY: “Father, thank You that You know what’s best for me, and You’re pushing, stretching, and enlarging me for a reason. Thank You for closed doors as well as open doors. I believe that You have something bigger, something better, something more rewarding up in front of me. In Jesus’ Name, Amen.” 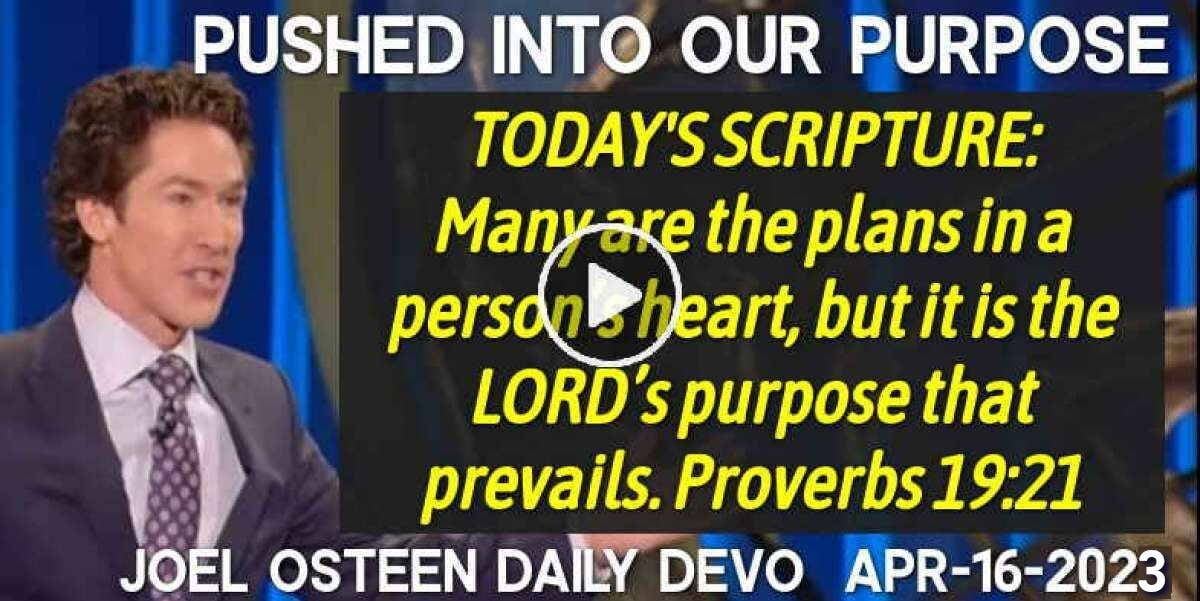