Today’s Word: Very few people can look in the mirror and say, I am good. We think, Not me. I fall short. I struggle in areas. But when you say, I am good, it's not because of who you are; it's because of whose you are. You are a child of the Most High God. He handpicked you, breathed life into you, and crowned you with favor. Don't go around intimidated, insecure, feeling as though you don t measure up. Your performance doesn't determine who you are; your heavenly Father determines who you are. When you fall down and make mistakes, thoughts will whisper, Look at you! You're a hypocrite. Don't live with that heaviness. Just answer back, I may have fallen, but I got back up again. Hold your head up and feel good about who you are. You may not be where you want to be, but you're growing, improving, and coming up higher. Celebrate where you are. Thank God for where He's brought you so far.

Prayer for Today: Father, thank You that You are the Most High God, and because I am Your child, I have royalty in my blood. Help me when I fall to never stay down in discouragement and condemnation. I declare that I am righteous because of who You are. In Jesus Name, Amen. 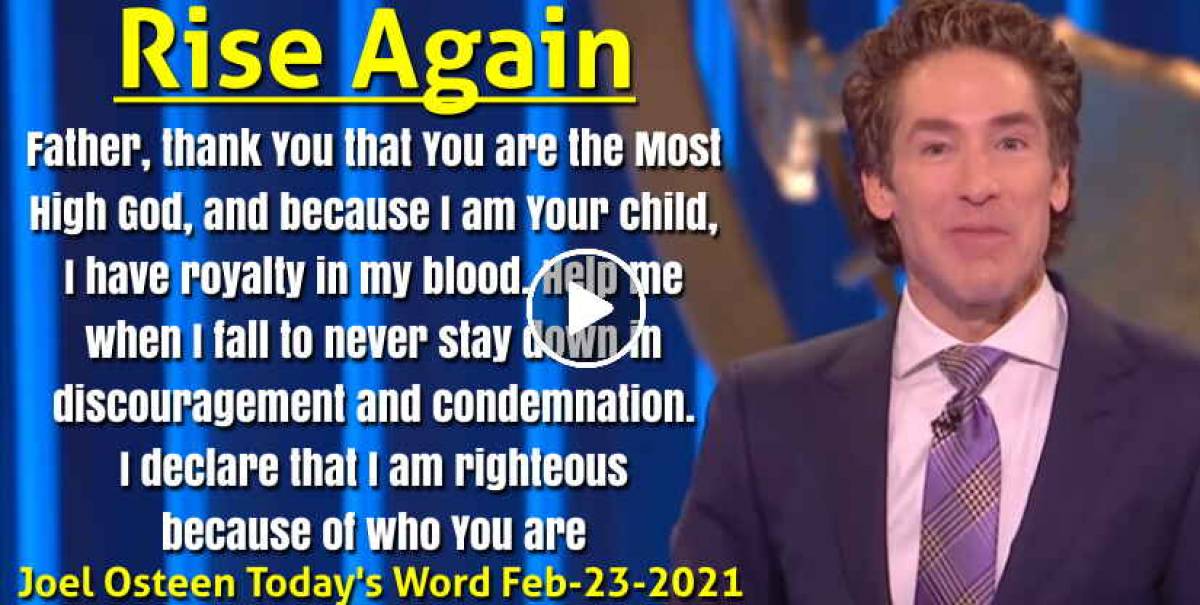