Today’s Scripture: John 11:22, NIV - But I know that even now God will give you whatever you ask.

Today’s Word: In John 11, Mary and Martha sent word to Jesus that their brother, Lazarus, was very sick. They thought He would come immediately and heal Lazarus. But days passed, and Lazarus died. When Jesus showed up, Martha was upset. She said, "Jesus, if You had been here sooner, my brother would not have died." Martha could have walked away in anger and bitterness, which would be the end of the story. But she added, "I know even now God will give You whatever You ask." She was saying, "It seems impossible, but I know You have the final say." They went to the tomb, the place where Martha stopped believing, and rolled away the stone, and Jesus gave them a resurrection.

Perhaps you've given up on a promise or a dream or a relationship and rolled a stone in front of it. Start believing again right where you gave up. Get your passion back. It may have been dead, but that wasn't the final word. God has the final say--freedom, wholeness, abundance, victory.

Prayer for Today: Father, thank You that no matter what challenges and setbacks I face, You have the final word over all things. Thank You that You are working behind the scenes and bringing a resurrection to what I thought was dead. I believe that victory is on the way. In Jesus' Name, Amen. 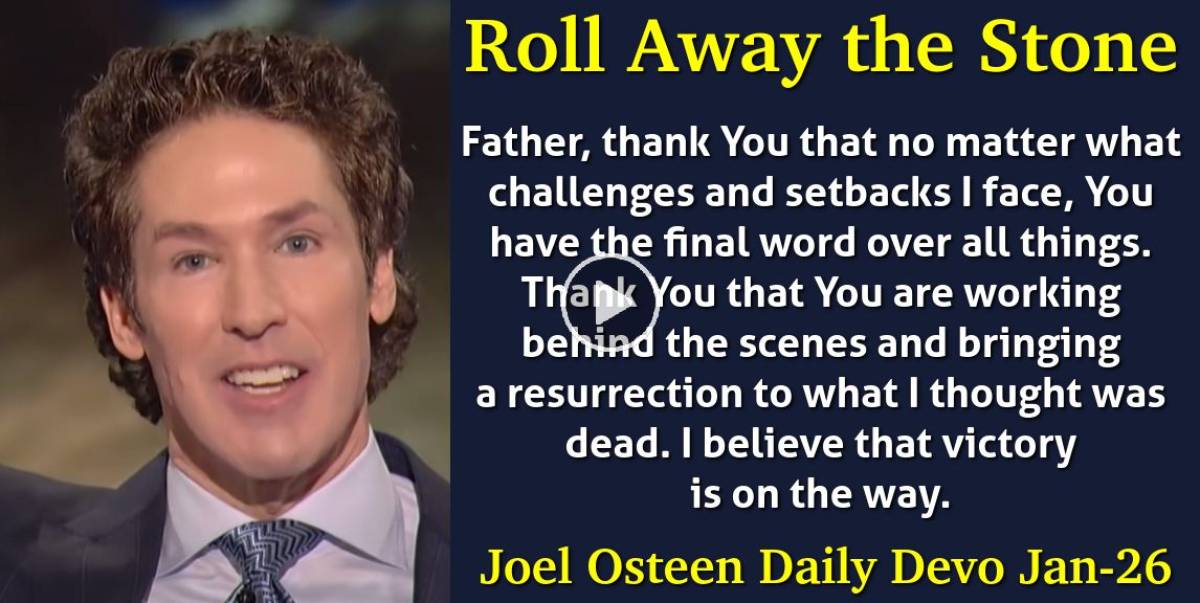