TODAY'S SCRIPTURE: “And have made us kings and priests to our God; and we shall reign on the earth.” Revelation 5:10, NKJV

When you start seeing yourself as royalty, you will never be intimidated again. You don’t have to be the most talented, the most educated, or the most successful to feel good about yourself. You are crowned not by people but by Almighty God.

PRAYER FOR TODAY: “Father, thank You that You have made me the way I am and crowned me with favor to be royalty. Thank You that You see me as royalty even when I’ve failed. I declare that I am becoming more and more like who You say I am. In Jesus’ Name, Amen.” 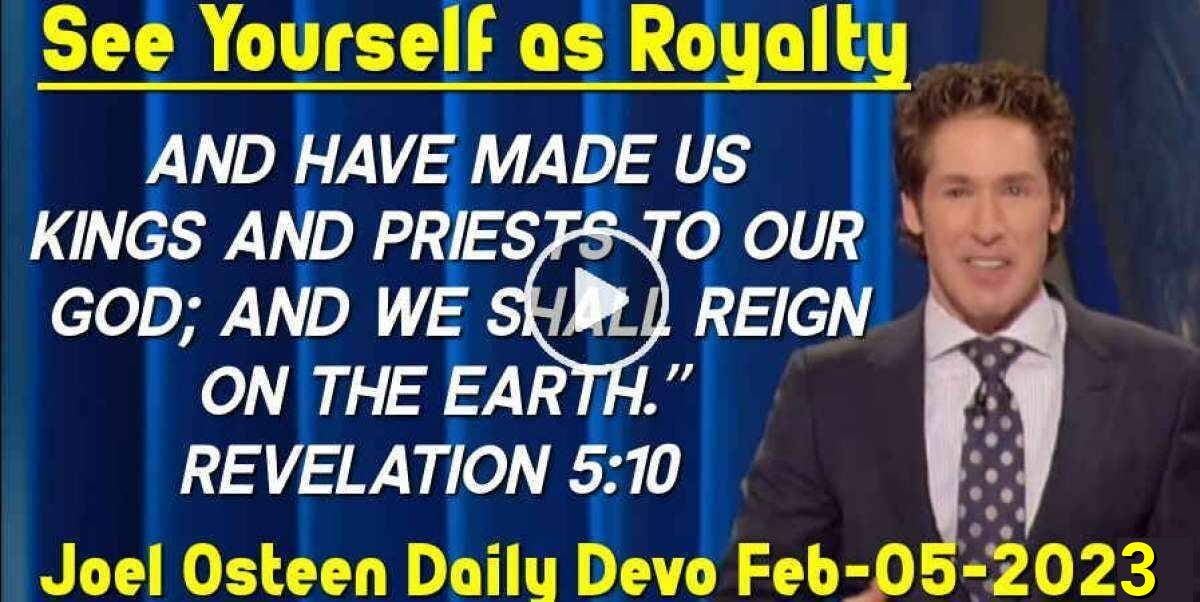