Today’s Scripture: Psalm 86:17, MSG - Make a show of how much you love me so the bullies who hate me will stand there slack-jawed...

Today’s Word: David knew what it was to have opposition. His brothers ridiculed him. His father discounted him. When David told King Saul he wanted to fight Goliath, Saul thought he was kidding. When Goliath saw David, he laughed. What's interesting is that David could have defeated the giant warrior in a valley with no one around, but there are times when God will bring you out in public so people who are for you and those who are against you will see firsthand the favor on your life.

With the opposing armies watching on opposite mountainsides, when David dropped Goliath dead, their jaws dropped in disbelief. Instantly, David had respect, honor, and influence. As with David, there are times when God is going to prove to people who you are. He's going to help you accomplish what you couldn't accomplish on your own, help you defeat an enemy much bigger. Everyone is going to see His hand on your life.

Prayer for Today: Father, thank You that when the obstacles in my way look bigger, stronger, and more powerful than I can handle, You will show how much You love me and help me overcome. I believe that You're about to make things happen that I could never make happen and in amazing ways. In Jesus' Name, Amen. 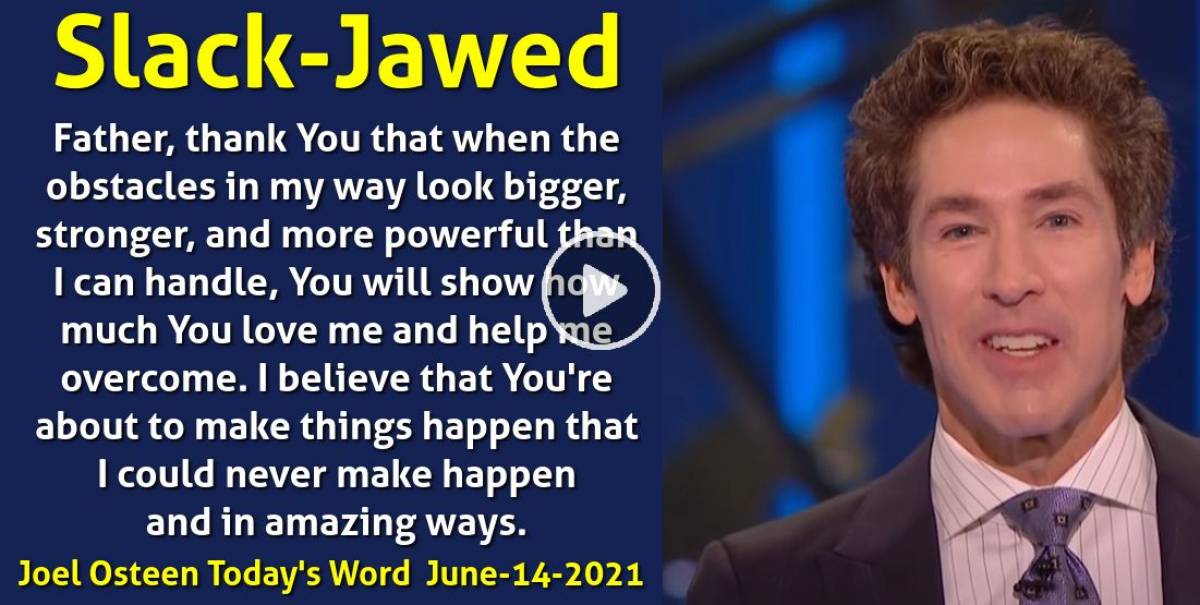