Today's Scripture: Then Balak’s anger burned against Balaam. He struck his hands together and said to him, “I summoned you to curse my enemies, but you have blessed them these three times.” Numbers 24:10, NIV.

Today's Word: King Balak of the Moabites offered a prophet named Balaam a lot of money to put a curse upon the Israelites. But God told Balaam, “What I have blessed, you cannot curse.” When Balak continued to press Balaam, not only did Balaam refuse, but God had him start speaking blessings over the Israelites, how they would succeed and accomplish great things.

Notice that when God puts the commanded blessing on you, it doesn’t matter what somebody else says or does. All that matters is the Creator of the universe put His blessing on you, and everything else is of no effect. They can speak defeat all day long, but here’s the key: they are powerless to change the blessing on your life. When the enemy tries to curse your future with negative words and negative thinking, do like Balaam. Start prophesying victory, prophesy favor, prophesy health, prophesy abundance. When you walk in obedience, God’s blessings will chase you down and overtake you.

A Prayer for Today: “Father, thank You for the commanded blessing that You have put on my life because I belong to You. Thank You that Your blessing will override any force that’s trying to hold me back. I believe that as I keep honoring You, Your blessings will chase me down and overtake me. In Jesus’ Name, Amen.” 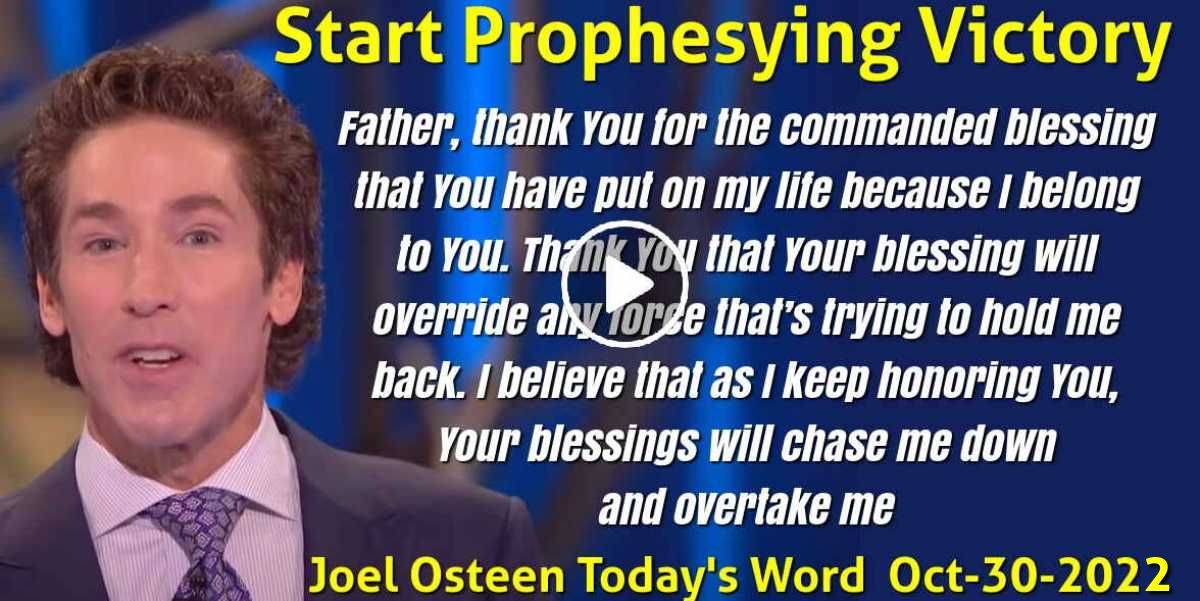