TODAY'S SCRIPTURE: “Dear friends, now we are the children of God, and what we will be has not yet been made known. But we know that when Christ appears, we shall be like him, for we shall see him as he is.” 1 John 3:2, NIV

TODAY'S WORD: It’s easy to have the wrong image of ourselves. The Scripture says, “Now we are the children of God,” but too many times, we live as though we don’t deserve to be blessed because we’ve made too many mistakes and had too many negative things come against us. We live with a slave mentality to mediocrity, to guilt, to lack, to addictions.

Stop thinking as a slave and start thinking as a son. Stop thinking about what you’ve been through and the mistakes you’ve made, and start thinking about who you are. A son of the Most High God doesn’t live feeling guilty and condemned about past mistakes; he receives mercy and moves forward. A son or daughter has a boldness, a confidence. You’ll expect God’s favor. You’ll believe for doors to open for you that you don’t deserve. Why? Because you’re not a slave, or a hired worker, or a friend of the family. You’re a free child of Almighty God!

PRAYER FOR TODAY: “Father, thank You that You have made me Your child, and I am no longer a slave. Thank You that You redeemed me, and You’re taking me forward into full freedom. I believe that I have Your favor, and the obstacles in my way will be overcome. In Jesus’ Name, Amen.” 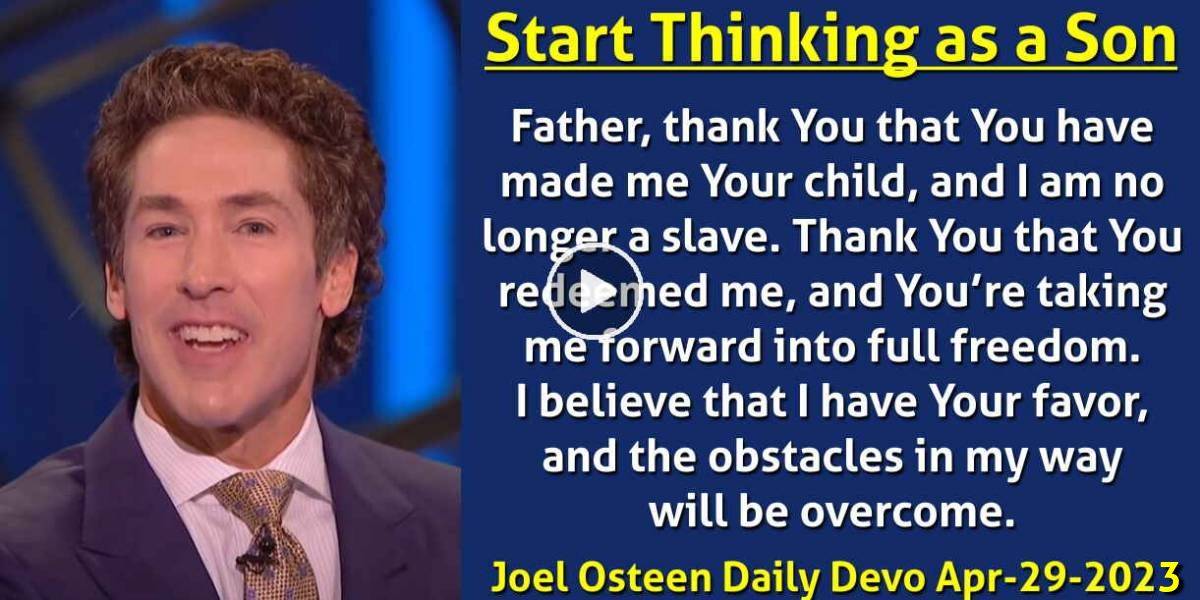