TODAY'S SCRIPTURE: Suddenly an angel of the Lord appeared and a light shone in the cell. He struck Peter on the side and woke him up. “Quick, get up!” he said, and the chains fell off Peter’s wrists. Acts 12:7, NIV

TODAY'S WORD: In the Scripture when God did something significant, many times it happened suddenly, such as when the angel appeared in Peter’s prison cell. There wasn’t any sign of things changing on that dark night, but suddenly everything changed. God can turn things around without any warning. He can increase you when you don’t see any sign of it happening. It was unexpected, out of the ordinary. You were just doing the right thing, not complaining about the difficulty, and then suddenly, your business took off, suddenly your health turned around. It may not be a gradual process. One touch of God’s favor will thrust you to a new level.

When you understand that God has some “suddenlies,” then even when it’s taking a long time, you’ll still have an expectancy knowing that any minute your suddenly could show up. One phone call, one good break, meeting one right person, and you’ll come out of the waiting period into your season of blessing.

PRAYER FOR TODAY: “Father, thank You for Your unlimited favor and supply of everything I need in this life. Thank You for Your strength in difficult times and the expectancy that at any moment You can turn things around. Whether You do it gradually or suddenly, I will rest in You. In Jesus’ Name, Amen.” 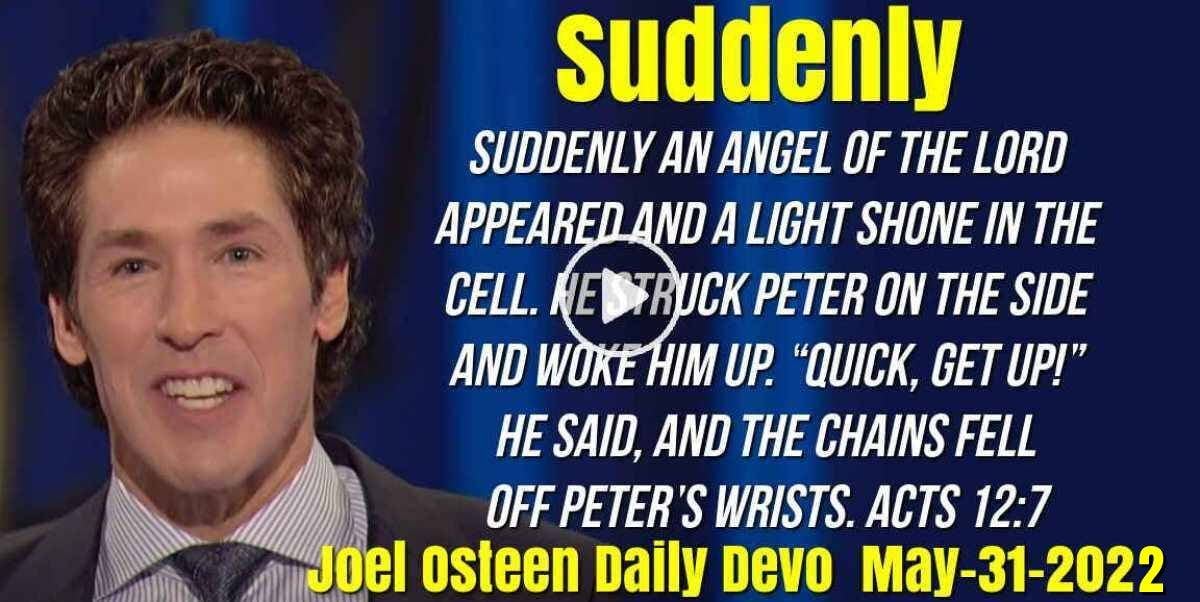