Today’s Scripture: Genesis 42:8–9, NIV - Although Joseph recognized his brothers, they did not recognize him. Then he remembered his dreams about them...

Today’s Word:  Many years after being sold into slavery by his brothers and held in an Egyptian prison, Joseph was put in charge over all the affairs of Egypt. When his brothers showed up at the palace looking to purchase food during the famine, you would think Joseph would be bitter and vindictive. But it says he remembered the dreams of promise God had shown him about them as a young man--not the betrayal, the hurts, the injustices. God had used all the difficulties to get him to where he was supposed to be.

When God gives you a dream, when He puts a promise in your heart, it doesn't mean it's going to come to pass without opposition, delays, and adversities. There will be things you don't understand. You'll have plenty of opportunities to get discouraged. In the tough times you have to remember your dreams. God is in control. He's directing your steps. Stay in faith and keep a good attitude. Let God fight your battles. The palace is coming.

Prayer for Today: Father, thank You that my hope and trust are in You. Even when I don't understand my circumstances, I know that You are working things out for my good and to fulfill my dreams. I lift my eyes to You and declare that You are directing my steps on the way to the palace. In Jesus' Name, Amen 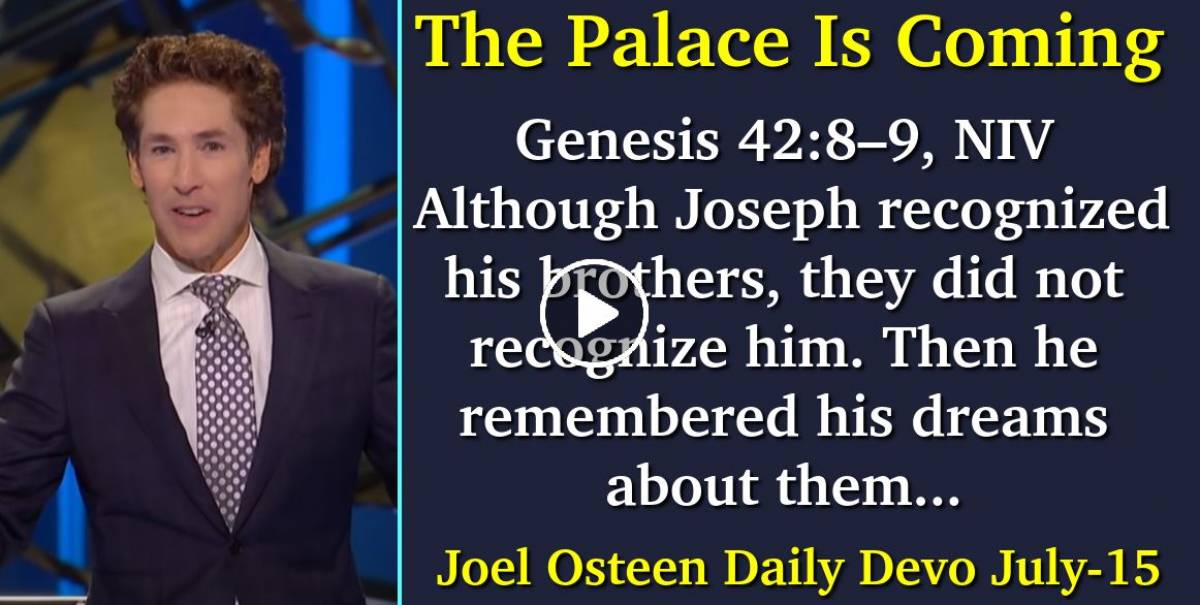