Today’s Scripture: 1 Peter 1:7, NIV - These have come so that the proven genuineness of your faith--of greater worth than gold, which perishes even though refined by fire--may result in praise, glory and honor when Jesus Christ is revealed.

Today’s Word: The heroes of faith all went through times of difficulty when the Refiner's fire proved the genuineness of their faith and separated them from the things that were holding them back. Peter was hot- tempered and used rough language. He told Jesus, "I'll never deny you." But when he was put in the fire of the trial of Christ, he denied that he knew Him. When you're under pressure, you find out what's really in you. That's when impurities in your character come to light. If you let God refine you, you'll come out better. That's what happened to Peter. On the day of Pentecost, Peter preached and three thousand people came to Christ, the most in one meeting recorded in the Scripture.

That difficulty is not going to leave you broken, defeated, and scarred. It's going to burn up any limitations that are holding you back. It's going to separate you from anything that's not God's best. You're going to come out ready for His highest purposes.

Prayer for Today: "Father, thank You that You are the Most High God, and You are refining my life with fire to draw out the impurities in my character. Thank You that every test of my faith is preparing me to go higher and to increase me. I believe that I am coming out better. In Jesus' Name, Amen." 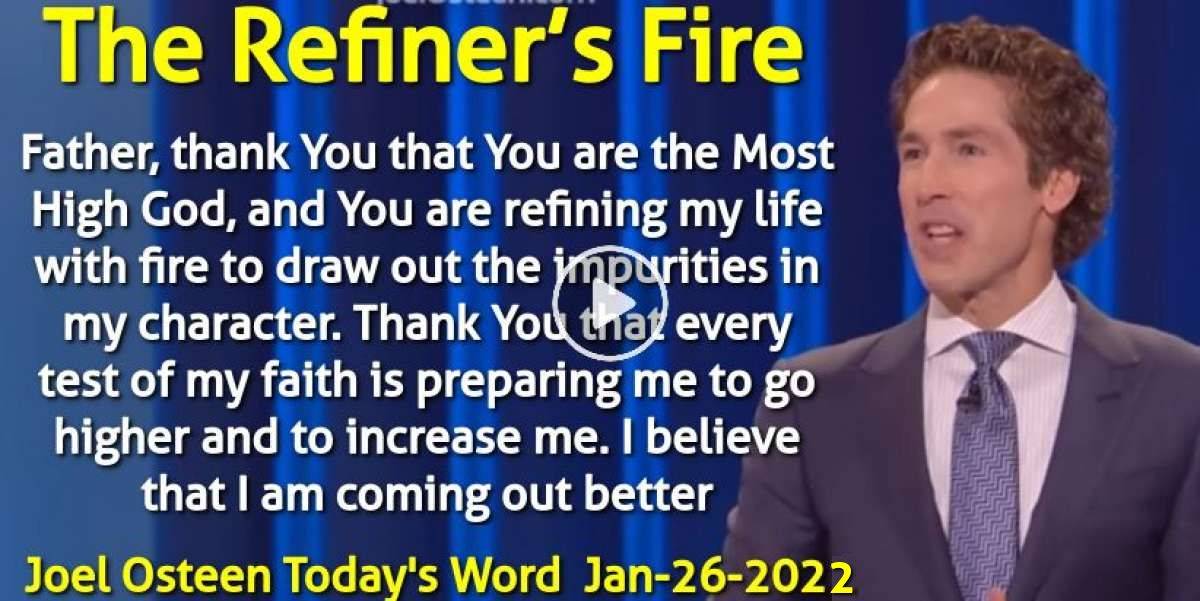