Today's Word: Matthew 6, Jesus was talking about worry. Notice the phrase “take no thought, saying.” The negative thoughts will come. The key is to not say them. A thought will die stillborn if you don’t speak it. Jesus was saying, “You may feel worried. It may seem like it’s never going to happen. But don’t verbalize it. Don’t get trapped by your words.”

In life, there are always two voices vying for your attention. You’ll hear a voice of defeat saying, “It’s never going to work out.” But if you listen carefully, you’ll hear the voice of faith saying, “God has a way.” You get to choose which voice comes to life by what you speak. When you verbalize that thought, you’re giving it the right to come to pass. You have to get in agreement with God. The voice of defeat may seem louder, but you can override it. You can take away all its power by choosing the voice of faith.

Prayer for Today: “Father, thank You that I do not have to keep being trapped in worry by the words of my mouth. I choose to not listen to the voice of doubt but to listen and obey the voice of faith. Help me to keep speaking the words that are in agreement with what You say. In Jesus’ Name, Amen." 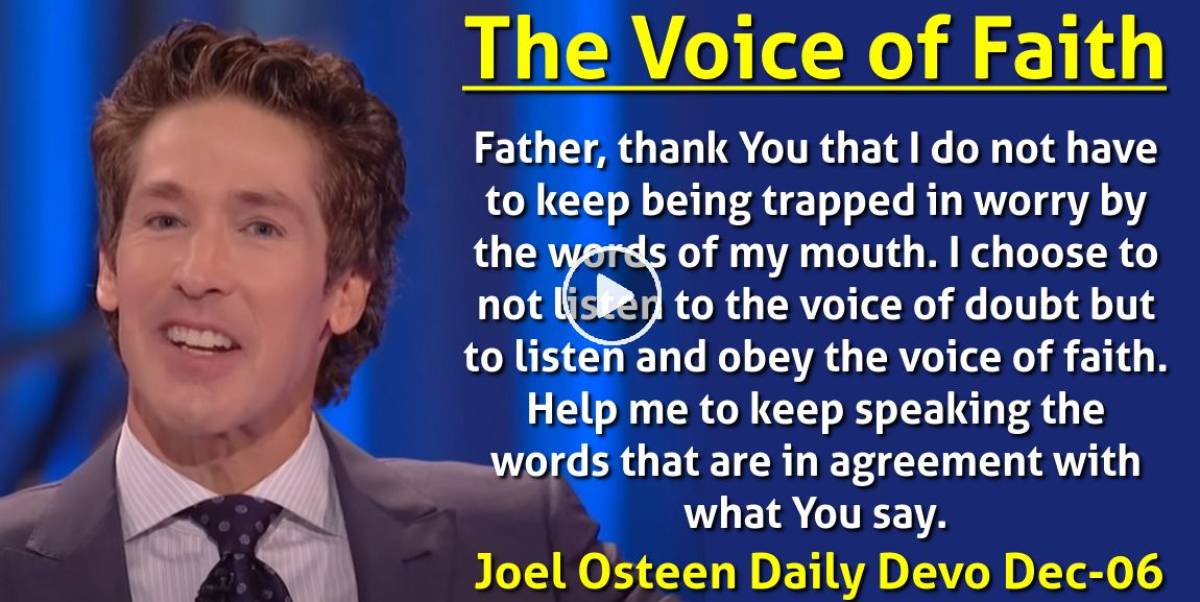