Today’s Scripture: Daniel 3:18, NIV - "But even if he does not, we want you to know, Your Majesty, that we will not serve your gods or worship the image of gold you have set up."

Today’s Word: This is what three Hebrew teenagers did in the Scripture. They wouldn't bow down to the king of Babylon's golden idol. He was so furious that he was about to have them thrown into a fiery furnace. They said, "King, we're not worried. We know that our God will deliver us. But even if He doesn't, we're still not going to bow down." That's unconditional trust.

You may have a lot coming against you. Perhaps, you feel as though you're about to be thrown into a fire. This is the key: stay in faith, believe in your dreams, believe the situation will turn around, and then declare, "Even if it doesn't happen my way, I'm still going to be happy. God, if You turn it around, or if You don't turn it around, I'm still going to give You praise." You live like that and all the forces of darkness cannot keep you from your destiny.

Prayer for Today: "Father, thank You that You are worthy of my unconditional trust. There are things in my life that I don't understand, situations I want to see changed, but even if they never happen, I'm still going to trust You. I gladly leave these matters in Your hands. In Jesus' Name, Amen." 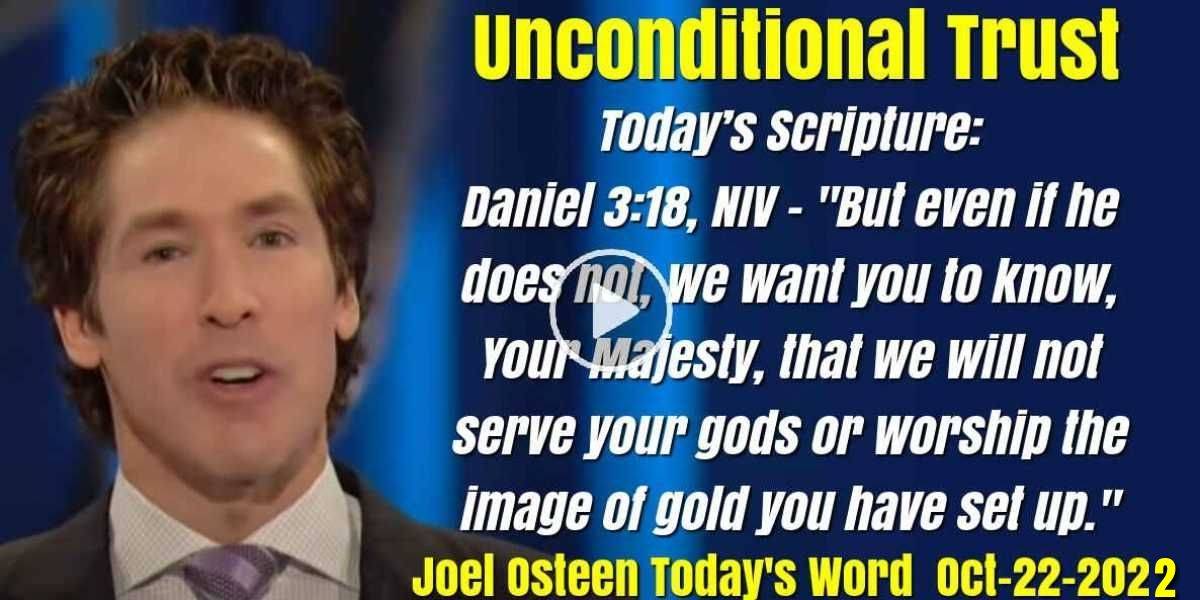