TODAY'S SCRIPTURE: Therefore, if anyone is in Christ, the new creation has come: The old has gone, the new is here! 2 Corinthians 5:17, NIV

TODAY'S WORD: A while ago there was an advertisement for DNA testing that asked the question, “Who’s the father?” They can take your DNA, and out of the billions of people on earth, the chances of your DNA matching someone who’s not your family are so small that it’s inconceivable. In a similar way, when you gave your life to Christ, the Scripture talks about how you became a new creation. You were born into a new family. Imagine that somehow they could take a sample DNA from your heavenly Father, then a sample DNA from you, and run all the tests. The good news is that it would come back a perfect match. Proven beyond all doubt, you are God’s child. You have His spiritual DNA.

Don’t you dare go around thinking that you’re average. Your Father created worlds. You come from a royal bloodline. There’s nothing too much for you. You can accomplish your dreams.

PRAYER FOR TODAY: “Father, thank You for being my Father and breathing Your life into me. Help me to quit believing the lies that say I’ve reached my limits. I believe and declare that I am a child of the Most High God, and I’m stepping up to the next level. In Jesus’ Name, Amen.” 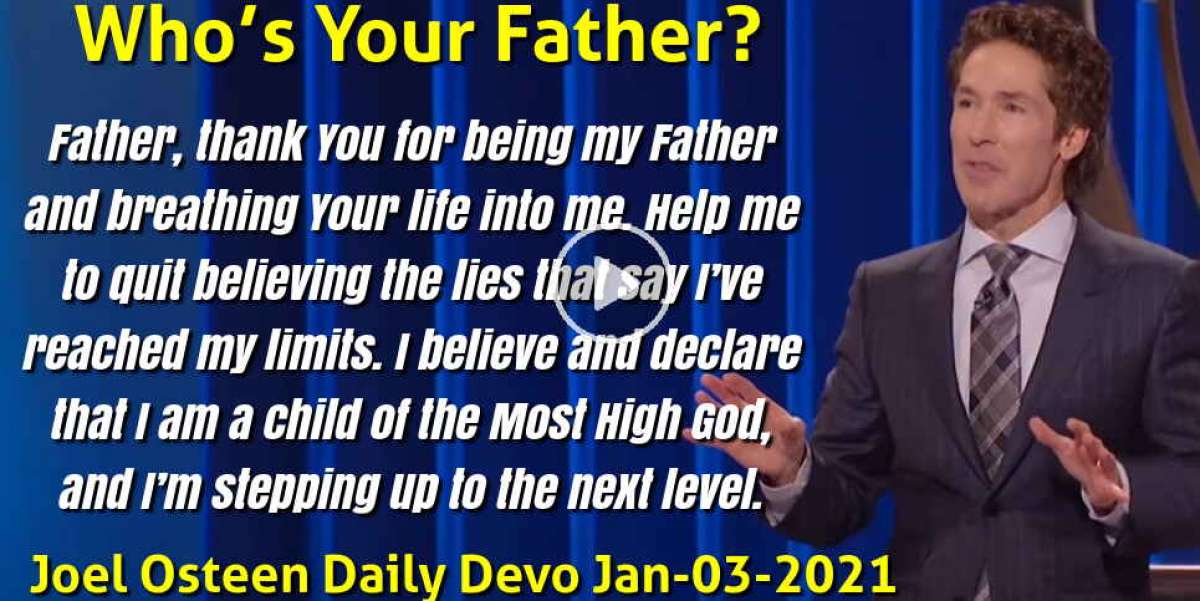