TODAY'S WORD: Success in this life isn’t necessarily about how popular, influential or educated someone is. Success is about living a life of excellence in obedience to God’s Word. When we step out to do what God has called us to do, Scripture says that His favor surrounds us like a shield. When we have His favor, we have everything. We have an advantage for success! God’s favor opens the right doors. His favor will bring good breaks. The favor of God will cause you to accomplish what you could not accomplish on your own. It gives you an edge.

PRAYER FOR TODAY: Father, thank You for Your grace, favor and mercy upon my life. I praise You today because You are good. I receive Your truth by faith and rise up to walk in my calling. I know that You are going before me to prepare the way as I walk in Your favor all the days of my life in Jesus’ name. Amen. 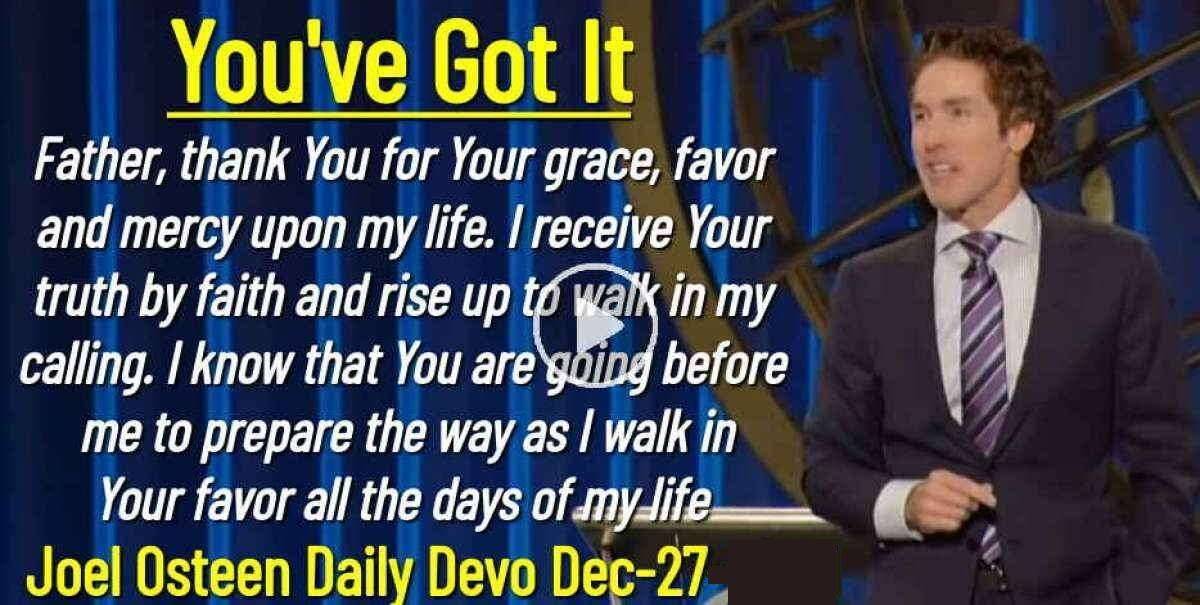