Joel Osteen (December-21-2019) Daily Devotion: Your Mistake Is Not Bigger Than God.

TODAY'S SCRIPTURE: For I know the thoughts that I think toward you, says the Lord, thoughts of peace and not of evil, to give you a future and a hope. Jeremiah 29:11, NKJV

TODAY'S WORD: Oftentimes I hear people say, “Joel, I’ve just blown it so many times. I had this major setback. I don’t see how I could ever get to where I’m supposed to be.” But we have to realize that our mistakes aren’t that powerful. Our mistakes aren’t too big for God. He’s not up in the heavens shaking His head saying, “I never dreamed they would do that. They’ve ruined My plan.” No, God knew every mistake we would ever make. He knew every wrong turn, and He’s already prepared a new route. He already has your detour figured out. Scripture says that God knows the end from the beginning. If you’ve made some mistakes, the good news is that He has already planned a way to get you back on track! Just come to Him with an open and humble heart. Let Him wash you clean and make you new. Your mistakes aren’t bigger than God. He loves you and has a good plan in store for you!

PRAYER FOR TODAY: Father God, thank You for choosing me and accepting me beyond my mistakes. Thank You that the blood of Jesus cleanses me and makes me new. I invite You to have Your way as I submit every area of my life to You in Jesus’ name. Amen. 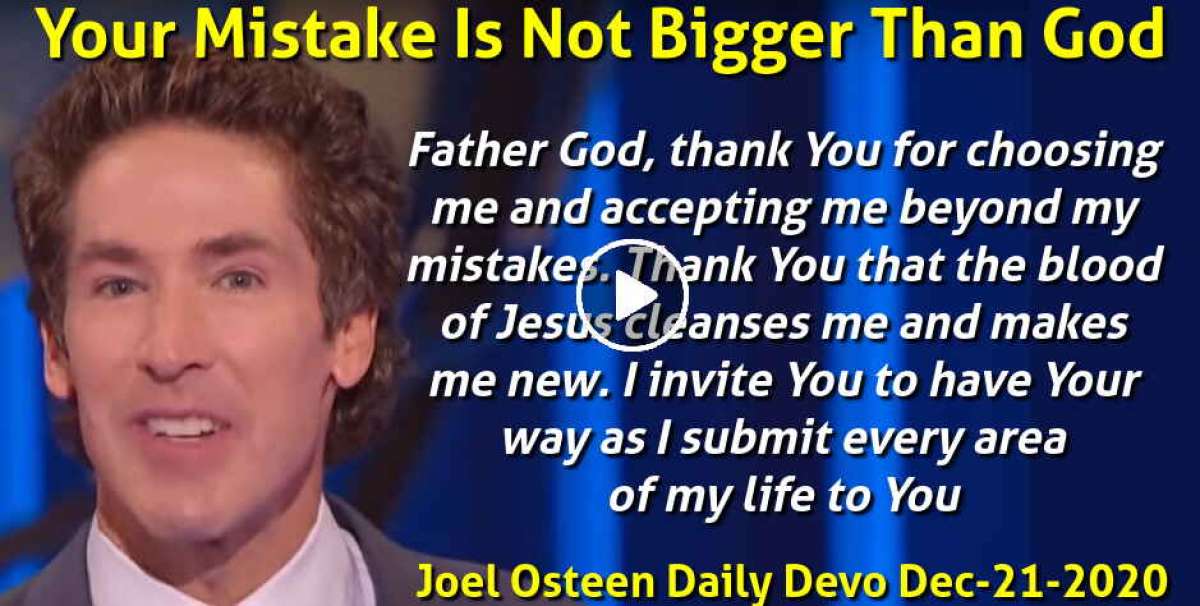