Today’s Word: When God gave Jeremiah a promise that he would become a great prophet to the nations, the first thing He did was to stop Jeremiah's negative words. Why did God do that? Because He knew that if Jeremiah went around saying, "I'm not qualified. I don't have what it takes," he would become exactly what he was saying. So God said in effect, "Jeremiah, zip it up. You may think it, but don't speak it out." When Jeremiah changed what he was saying, he became a great prophet.

In the same way, God has called every one of us to do something great, but it's easy to acquiesce as Jeremiah did and say, "I can't do that. I'm too young. I'm too old. I've made too many mistakes. I don't have the education or the experience." We can all make excuses, but God is saying, "Stop saying that." Don't curse your future. Those negative words can keep you from God's best.

Prayer for Today: "Father, thank You for Your calling upon my life. Help me to not just zip my lips when I have negative thoughts, but help me use my words to declare victory. I believe that as I speak words of faith out loud, then I will see You release Your promises in my life. In Jesus' Name, Amen." 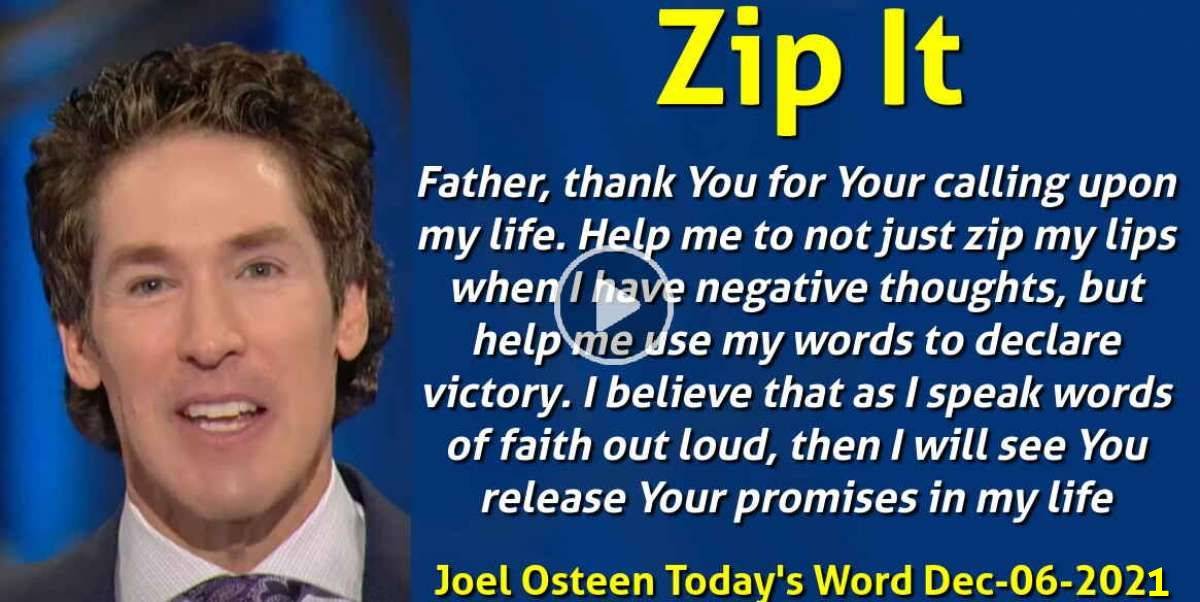