Dropped, But Not Forgotten - Joel Osteen

Joel Osteen - Sermon: Dropped, But Not Forgotten. You can’t live very long without being dropped in life—dropped by an illness, a divorce, a friend that turns on you, or an unfair injustice. Many people let these moments define who they are and how they will live the rest of their lives. But Joel wants to inspire you in this encouraging message of God’s restoration power. He will teach you about how God used King David to restore a crippled and forgotten royal family member who knew what it was like to be dropped, abandoned and ashamed. Discover how God restored him to more than he could ever ask or dream and be inspired to believe in exciting, new beginnings in your own life! God has justice for you and a place of blessing and promotion that will restore everything that has been lost in your life! You are not forgotten! It’s time to get ready! New beginnings are coming your way! 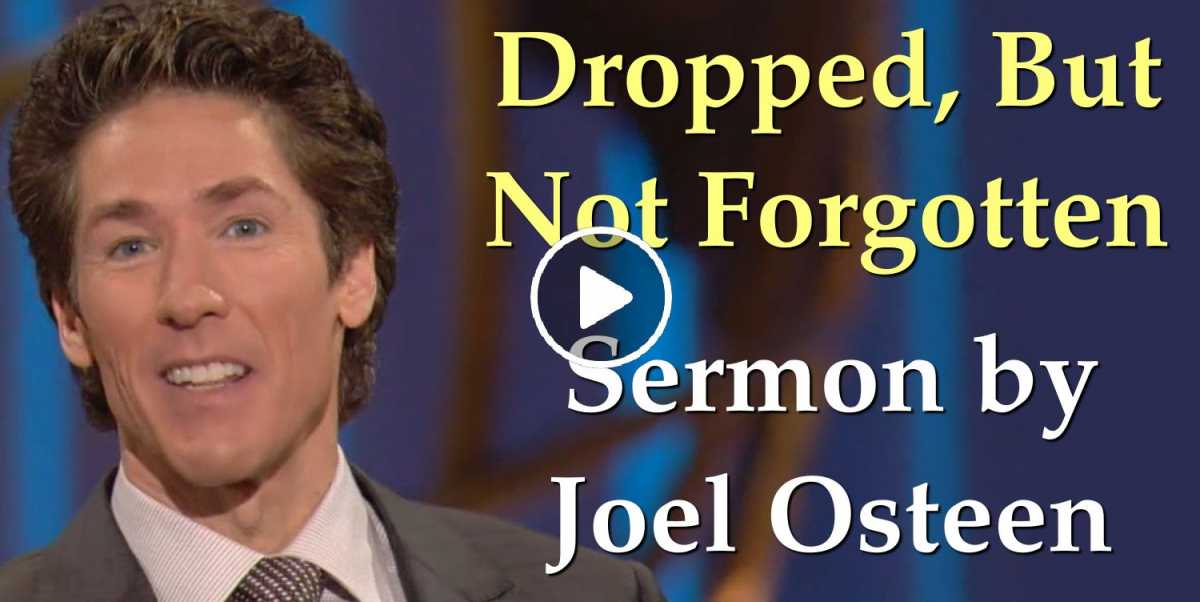