Joel Osteen - Sermon: Even Now Faith. Is there something you’ve given up on? Maybe you think it’s been too long, it’s never going to work out, and you don’t see any sign of things changing for the better. Well, good news! It may look possible now, but God can turn it around! Explore encouraging stories from the Bible where people just like you faced impossible situations where it seemed that all was over and lost. See how Jesus raised Lazarus from the grave even after he was dead for four days. You’ll be inspired and encouraged to see that nothing truly is over or dead in your own life. Martha's dynamic declaration to Jesus in John 11:22, “But I know that even now God will give you whatever you ask," will help you, along with this inspiring message, to develop “even now” faith. All it takes is one touch of God’s favor! It’s time to get your faith back! 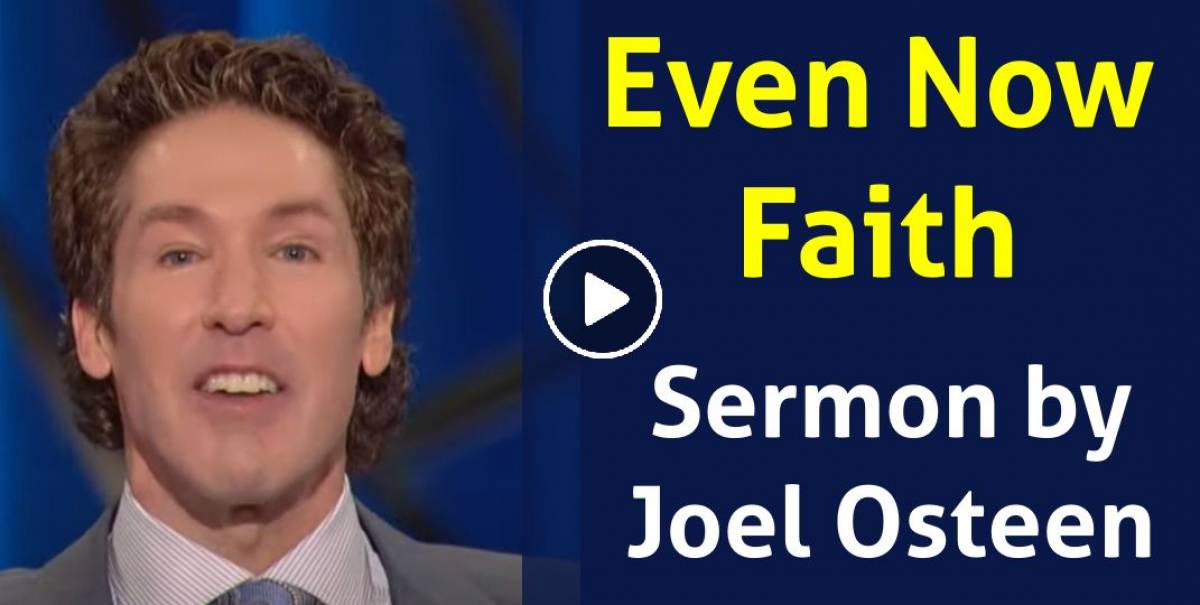