Have a Spirit of Excellence - Joel Osteen

Joel Osteen - Sermon: Have a Spirit of Excellence. We live in a society where mediocrity is the norm. Many people do as little as they can to get by. But Joel wants to remind us of the importance of having a spirit of excellence. Favor, increase, and reaching your highest potential are all tied to a spirit of excellence. As you examine your life and make an effort to do your part, God will breathe in your direction and cause you to stand out. Like God promoted Daniel for having exceptional qualities in Daniel 6:3, God will promote you. You'll notice that you are more creative, skilled, talented, and have more wisdom and ideas than you ever thought possible! 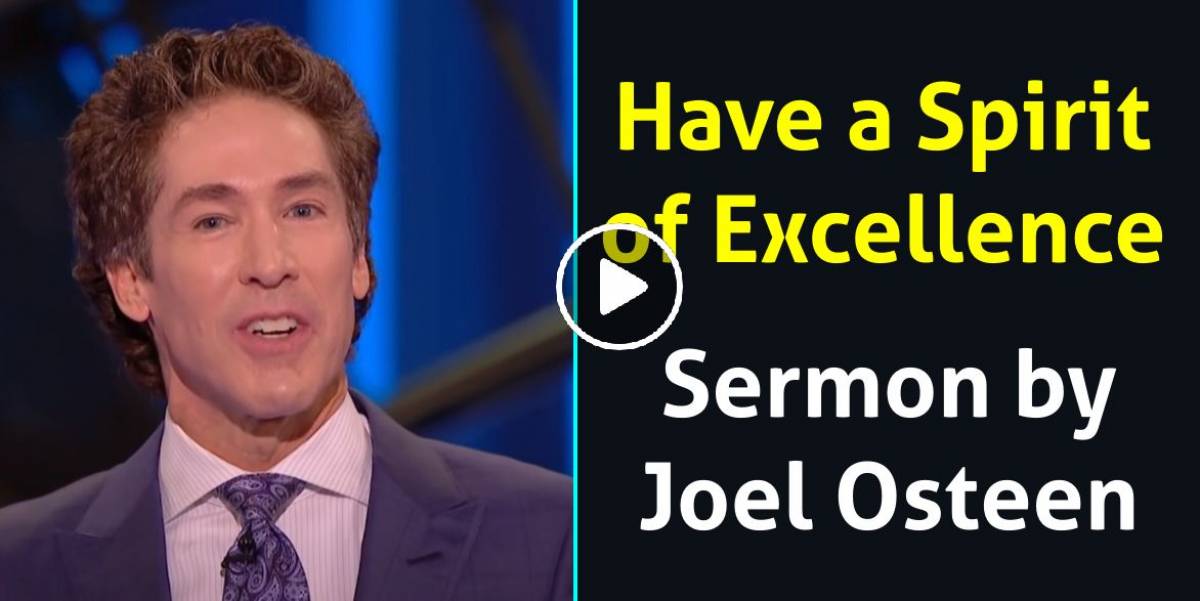