From Valley To Victory - Joel Osteen

Joel Osteen - Sermon: From Valley To Victory. When you’re in a valley of trouble, it’s easy to get discouraged and think things are never going to change. But that setback was never meant to stop you. God wants to use the valley to lead you into victory. 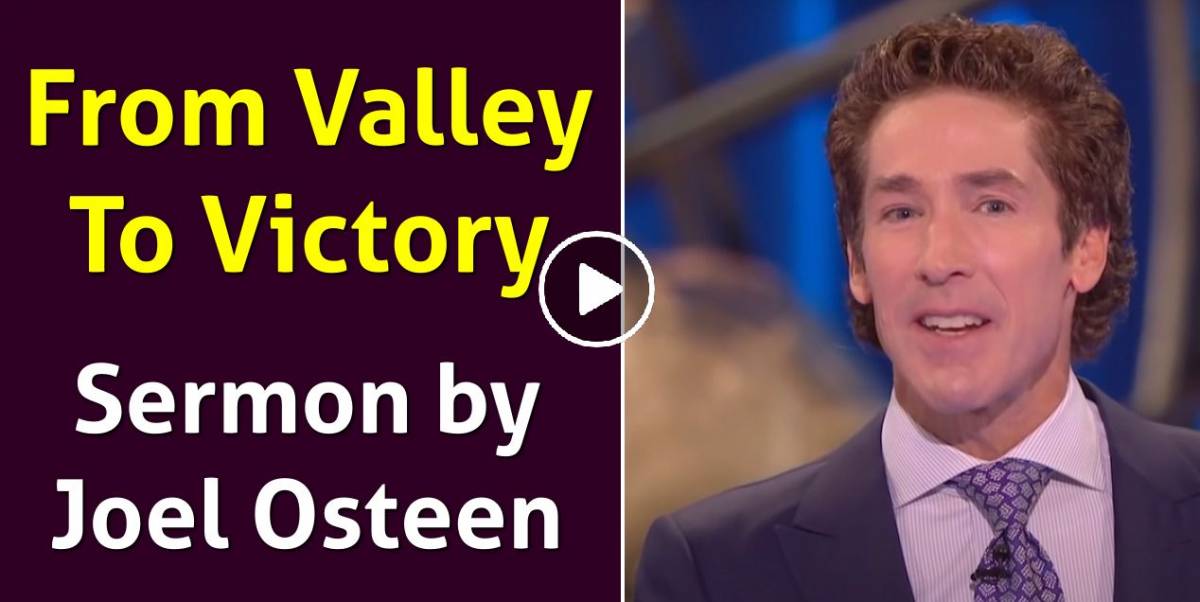