Joel Osteen - Sermon: A Public Display. God sometimes works behind the scenes in our lives, but there are other times when the work that He does is a public display of His goodness. When these seasons come, the people around you are going to see the goodness, the power, and the glory of God displayed through your life. Like a seed finally springing up from the soil, you are coming into a time where people are going to see what God has been doing in your life. 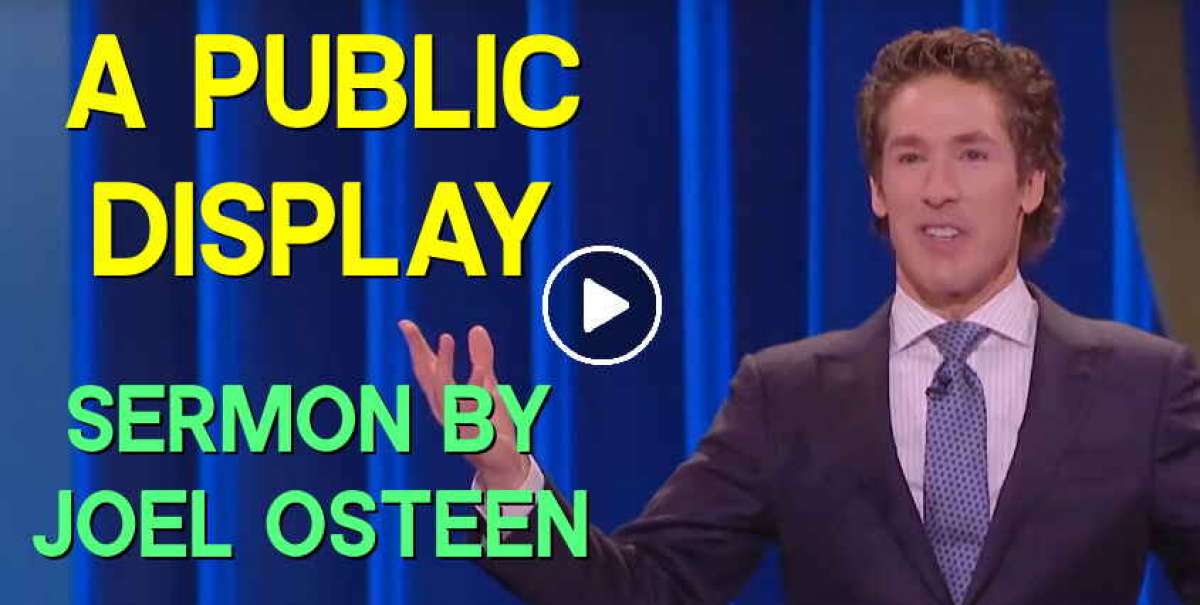