Joel Osteen -  Sermon: Outlast The Opposition. There are some battles in your life that can’t be won instantly. You have to outlast the opposition. Make up your mind to stand firm in your faith no matter how long it takes. Your time is coming. What God promised is still on the way! 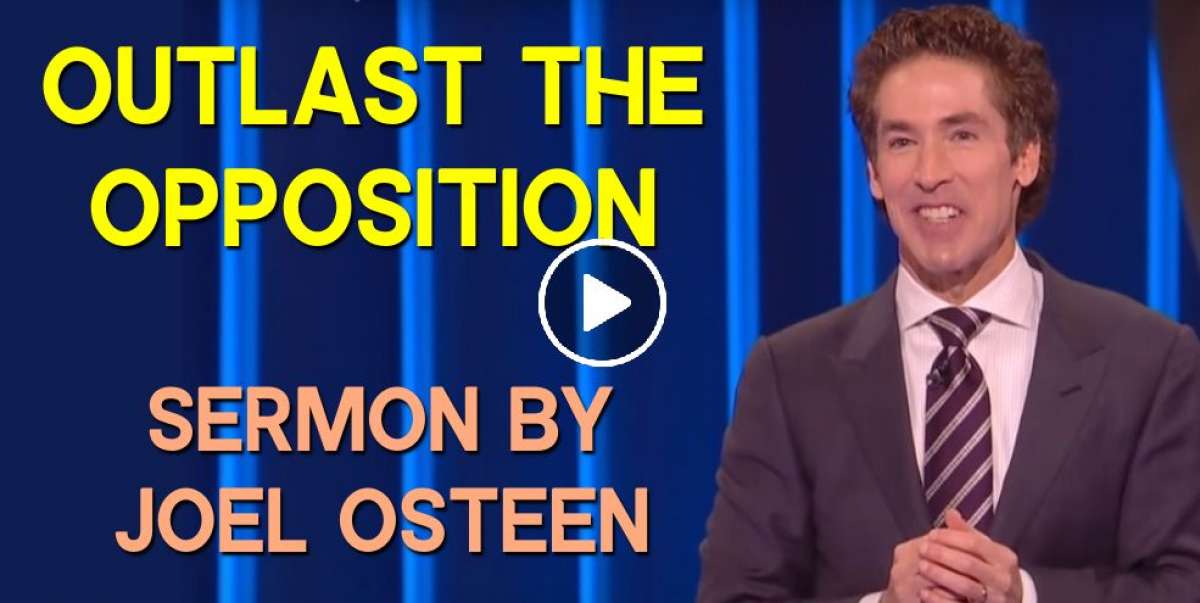