One of the greatest barriers to receiving the healing of God in our lives is to harbor unforgiveness. The individual who holds an offense against another builds a barricade between himself and God.

The disciple, Peter, asked Jesus how many times he should forgive someone who had wronged him. Seven seemed a generous number! Jesus corrected him and upped the ante to seventy times seven. Essentially, Jesus said to forgive so often that it becomes a lifestyle. Forgive so many times that the practice becomes an ingrained habit.

We sometimes hold onto a long list of grievances against others. We believe that no one understands the harm they have done to us, the pain they have caused, the rejection they have inflicted, the burdens they have heaped upon us. Our Good Shepherd does. And still He urges us to forgive them and cast all of our cares upon Him (I Peter 5:7). He comprehends the weight of carrying around that unforgiveness which is why He wants us to let it go. As long as we hold that list so tightly, He cannot pour healing and blessing into our hands.

Jesus told the story of a servant who owed ten thousand talents — about 50 billion dollars in today’s terms — to his master. His master had every right to judge him, to sell him and all his family for recompense. However, when the servant begged the master to have mercy, not only did the master pardon him, but he forgave the debt entirely.

The servant went out and found a fellow servant who owed him fifteen dollars. He demanded immediate payment, and when the man could not pay, he had him thrown into debtor’s prison until he could pay back what he owed. When the master heard, he angrily reciprocated and threw the first servant into jail with the same sentence. Instead of two men going free, two people lived in bondage.

The King of Glory has forgiven us the debt of our sin. He paid the price to set us free when we had no ability to do so ourselves. How can we not forgive those who have offended us? Choose to forgive. Release the bitterness and the rage. Tear down the barricade between yourself and God to receive the healing you crave. When you set that person free, you open the door to your prison cell, too.

Blessing:  Heavenly Father, I never want any wall between us to cut off Your healing in my life. I choose to forgive those who have wounded me. In the same way You forgave me, I release them. Wash away the hurt, the anger, and the bitterness in me. Set me free! In Jesus’ name…amen. 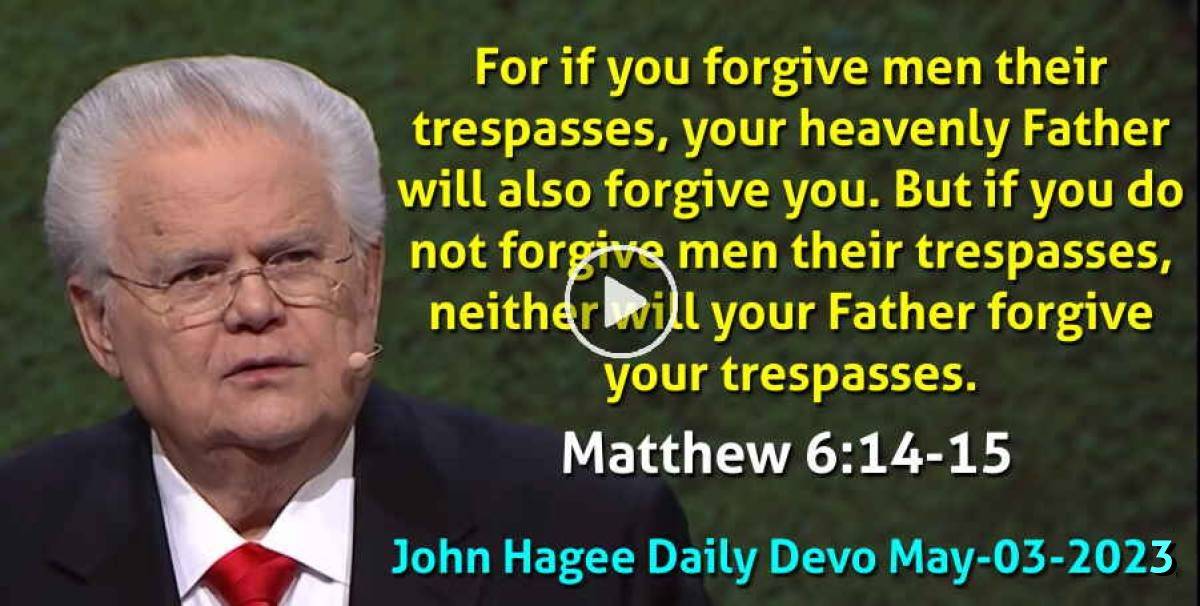