"By faith Joseph, when he was dying, made mention of the exodus of the sons of Israel, and gave orders concerning his bones" (Heb. 11:22).

God uses your present circumstances to accomplish His future purposes.

Like Abraham, Isaac, and Jacob, Joseph was an heir to the covenant promises of God. His hope was firmly fixed on God, and he knew that some day his people would be at home in the Promised Land.

Although he spent all his adult life in Egypt, never seeing the Promised Land for himself, Joseph's faith never wavered. At the end of his life, he instructed his brothers to remove his bones from Egypt and bury them in their future homeland (Gen. 50:25). That request was fulfilled in the Exodus (Ex. 13:19).

But Joseph's faith wasn't in the promises of future events only, for his life was marked by exceptional trust in God and personal integrity. His understanding of God's sovereignty was unique among the patriarchs. Even though he suffered greatly at the hands of evildoers (including his own brothers, who sold him into slavery), Joseph recognized God's hand in every event of his life and submitted to His will.

Joseph said to his brothers, "Do not be grieved or angry with yourselves, because you sold me here; for God sent me before you to preserve life . . . and to keep you alive by a great deliverance. Now, therefore, it was not you who sent me here, but God" (Gen. 45:5, 7-8). Later, after their father's death, he reassured them again: "Do not be afraid, for am I in God's place? And as for you, you meant evil against me, but God meant it for good in order to . . . preserve many people alive" (Gen. 50:19- 20).

The genius of Joseph's faith was understanding the role that present circumstances play in fulfilling future promises. He accepted blessing and adversity alike because he knew God would use both to accomplish greater things in the future.

Joseph is the classic Old Testament example of the truth that God works all things together for good to those who love Him (Rom. 8:28). That's a promise you can rely on too.

Suggestions for Prayer - Reaffirm your trust in God's sovereign work in your life. 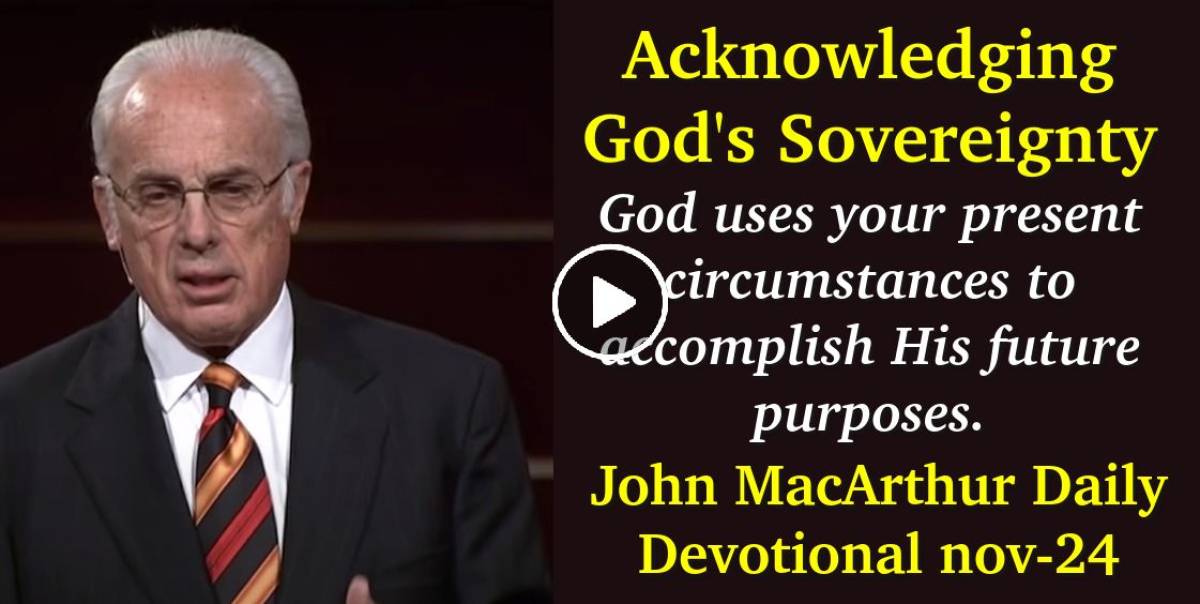