Jesus is the only source of eternal life and the foundation upon which the church is built.

Peter's description of Christ as "a living stone" is paradoxical because stones aren't alive. In fact, we sometimes speak of something being "stone dead." Yet Peter's symbolism is profound because it beautifully incorporates three realities about Christ.

First, Jesus is the long-awaited Jewish Messiah. The Old Testament referred to the Messiah as a stone, and Peter incorporated those texts into His description of Jesus in 1 Peter 2:6-8: "Behold I lay in Zion a choice stone, a precious corner stone, and he who believes in Him shall not be disappointed" (Isa. 28:16); "The stone which the builders rejected, this became the very cornerstone" (Ps. 118:22); and "A stone of stumbling and a rock of offense" (Isa. 8:14). The parallel is obvious and would be especially meaningful to Peter's Jewish readers. The expectations of pious Jews throughout history were realized in Christ. God had kept His promise to send the Messiah!

Second, Jesus is a stone in that He is the focal point of His spiritual house, the church. The Greek word translated "stone" in verse 4 sometimes referred to the stones used in building projects. They were cut and chiseled to fit perfectly into a specific location, and were practically immovable. Not only is Jesus a stone; He is the cornerstone, which is the most important stone in the entire building. From Him the church draws its spiritual symmetry.

Finally, Jesus is living. That's an appropriate description because everything Peter said in this epistle is based on the fact that Jesus is alive. That's the believer's hope and the basis for every spiritual privilege you have. You "have been born again to a living hope through the resurrection of Jesus Christ from the dead" (1 Pet. 1:3, emphasis added).

Interestingly, the literal rendering of 1 Peter 2:4 is, "Coming to Him as to living stone." Christ is a unique stone—the stone that possesses life. All who come to Him receive eternal life (cf. 1 John 5:11). 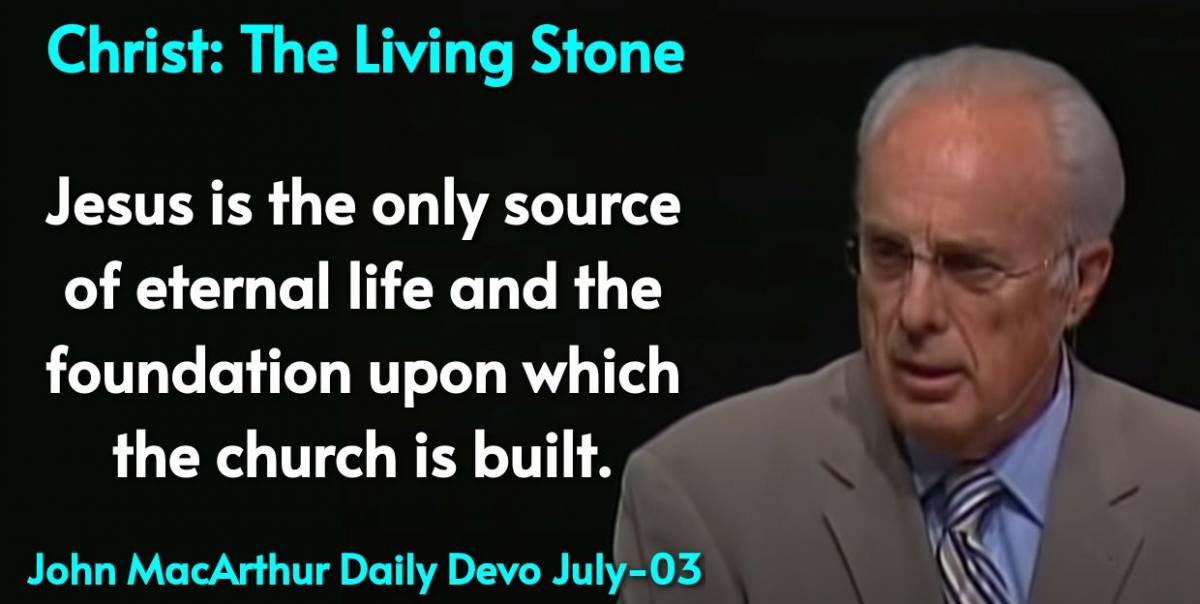