"The judgments of the Lord are more desirable than gold, yes, than much fine gold; sweeter also than honey and the drippings of the honeycomb" (Ps. 19:10).

You should value Scripture more than all earthly treasures.

I have a friend who has a beautiful collection of rare Bibles. My favorite is one of the earliest printed copies, dating back to sixteenth-century England. The first time I held it in my hands I noticed that the top third of every page was covered with a dark stain. Tears filled my eyes when I realized it was from the blood of its original owner.

My friend explained that when Bloody Mary ruled England, she delighted in terrorizing Protestants and murdering as many as she could. Her soldiers would execute their victims through some bloody means, then take his or her Bible and dip it into the blood. Some of those Bibles have been preserved and are known as Martyrs' Bibles. Scientists have confirmed that the dark stains on every page of my friend's Bible are, indeed, human blood.

That same Bible is well worn from being studied. And many of its pages have water stains on them—perhaps from tears. Obviously it was someone's most precious possession, and his or her blood is there to prove it.

Psalm 19:10 captures the heart of such people, extolling the preciousness of God's Word. To David, Scripture was more valuable than the best gold and purest honey. Meditating on it meant more to him than the richest and sweetest things in life. He knew its ability to satisfy every spiritual appetite.

As precious as God's Word is, many Christians take it for granted and become complacent in their studies. Some go for long periods without gaining fresh insights from its pages.

Perhaps you know someone who is in that situation. If so, ask the Lord for wisdom as you gently encourage him or her toward greater faithfulness in the Word. At the same time be careful not to become negligent yourself. 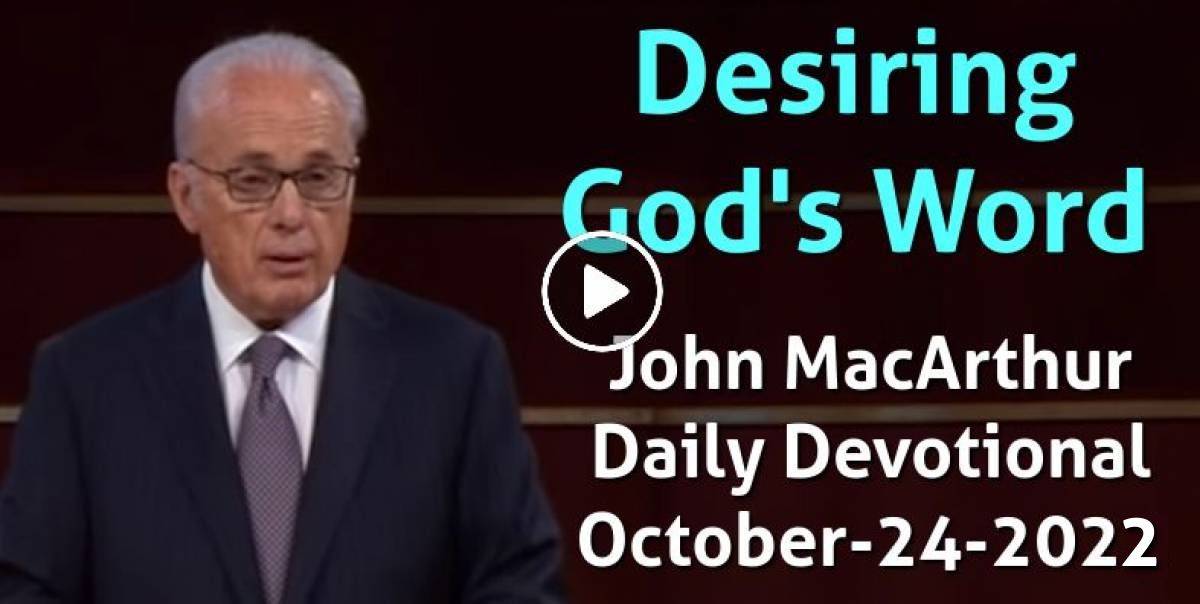 John Fullerton MacArthur Jr. (born June 19, 1939) is an American pastor and author known for his internationally syndicated Christian teaching radio program Grace to You. He has been the pastor-teacher of Grace Community Church in Sun Valley, California, since February 9, 1969. He is also the current president of The Master's University in Newhall, California and The Master's Seminary in Los Angeles, California. MacArthur is considered a Calvi ...