"Was not Abraham our father justified by works, when he offered up Isaac his son on the altar? You see that faith was working with his works, and as a result of the works, faith was perfected; and the Scripture was fulfilled which says, 'And Abraham believed God, and it was reckoned to him as righteousness,' and he was called the friend of God. You see that a man is justified by works, and not by faith alone" (James 2:21-24).

You are a friend of God if you love Him and obey His Word.

Can you imagine life without friends—those precious people who love you despite your failings and who stand by you through joys and sorrows—those to whom you've committed yourself and whose companionship you treasure? They are without question one of God's greatest gifts, yet there is an even greater gift: friendship with God Himself.

Jesus spoke of such a friendship in John 15:13-16, describing it as one of intimacy, mutual love, sacrifice, and commitment. In verse 14 He says, "You are My friends, if you do what I command you." That's the kind of friendship Abraham demonstrated when he obeyed God and prepared to offer Isaac as a sacrifice (Gen. 22:3-10). Isaac was the son through whom God's covenant to Abraham would be fulfilled. Killing him would violate that covenant and call into question the character of God, whose Word forbids human sacrifice (Deut. 18:10). It took unquestioning trust for Abraham to obey God's command. When he did, his faith was on display for all to see.

Faith is always the sole condition of salvation, but saving faith never stands alone—it is always accompanied by righteous works. That's the test of true salvation and of friendship with God.

As a friend of God, treasure that relationship and be careful never to let sin rob you of its fullest joy. 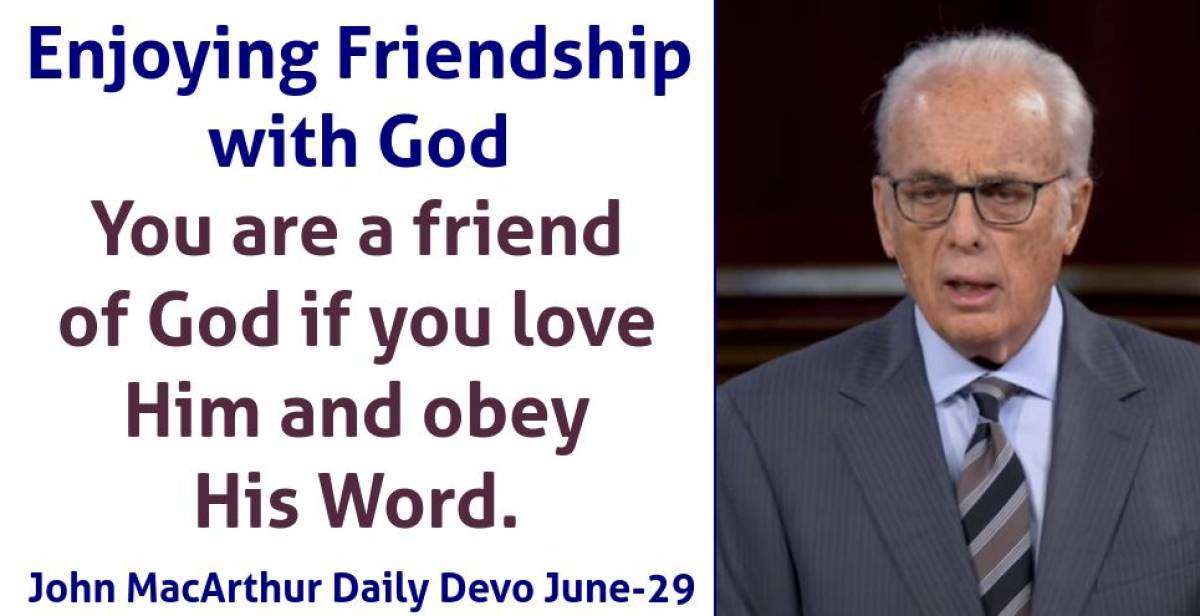