To exalt someone is to elevate that person in status, dignity, power, and honor. As God, Jesus possesses all power and authority and is deserving of all honor and glory. But when He was on earth, most people refused to give Him the glory He deserved. Instead they mocked and eventually murdered Him.

Just prior to His death, Jesus prayed to the Father, "Glorify Thou Me together with Thyself, Father, with the glory which I ever had with Thee before the world was" (John 17:5). The Father answered that prayer by giving Him an exalted name and an exalted position.

Paul wrote, "God highly exalted [Christ], and bestowed on Him the name which is above every name, that at the name of Jesus every knee should bow, of those who are in heaven, and on earth, and under the earth, and that every tongue should confess that Jesus Christ is Lord, to the glory of God the Father" (Phil. 2:9-11).

Hebrews 1:3 adds that when Christ had made purification of sins, He sat down at the right hand of the Majesty on high. Old Testament priests didn't sit down while on duty because their work was never finished. Repeated sacrifices were necessary because of the priest's own sins and the sins of the people. Christ, on the other hand, made one all-sufficient sacrifice, then sat down. His atoning work was completed.

The "right hand" of God is a metaphor for the highest place of power, prominence, authority, and honor. From that exalted position Christ reigns as the Sovereign Lord of the universe.

There's one aspect of Christ's exaltation that we as believers can participate in right now. David said, "O magnify the Lord with me, and let us exalt His name together" (Ps. 34:3). Psalm 99:5 adds, "Exalt the Lord our God, and worship at His footstool." Be generous in praising Him today, for He is worthy!

Suggestions for Prayer - Read Psalm 34 and exalt the Lord for all the benefits He demonstrates on behalf of His people. 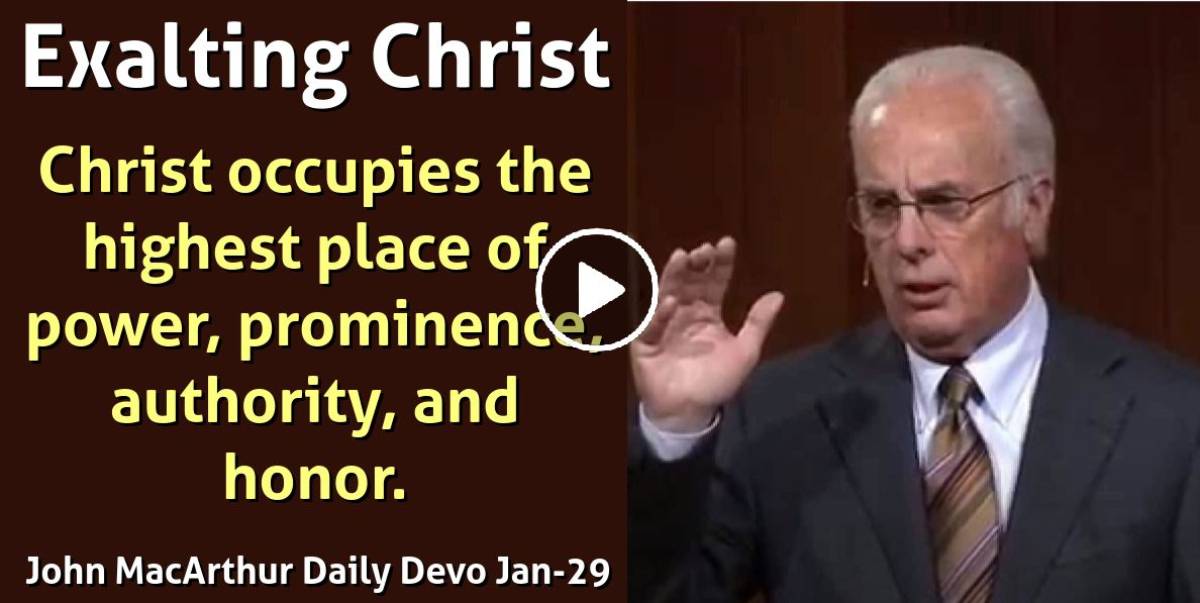