"Blessed are the merciful, for they shall receive mercy" (Matt. 5:7).

Mercy is compassion in action.

Mercy is not a human attribute. It is God's gift to those who seek Him. Psalm 103:11 says, "As the heavens are high above the earth, so great is his mercy toward them that fear him" (KJV).

The verb form of "merciful" appears many times in Scripture and means "to have mercy on," "aid the afflicted," "give help to the wretched," or "rescue the miserable." In general it refers to anything you do to benefit someone in need. The noun form is used only twice: here in Matthew 5:7 and in Hebrews 2:17, which reads, "[Christ] had to be made like His brethren in all things, that He might become a merciful and faithful high priest." Christ Himself is both the source and illustration of mercy.

Christ modeled mercy throughout His earthly ministry. He healed the sick and enabled the crippled to walk. He gave sight to the blind, hearing to the deaf, and speech to the mute. His redeeming love embraced sinners of all kinds. He wept with those in sorrow and comforted the lonely. He embraced little children and the elderly alike. His mercy was compassion in action!

Despite His abundant mercy, Jesus received no mercy from His enemies. They hated Him without cause, accused Him falsely, beat Him, nailed Him to a cross, spat upon Him, and cursed Him. Even then He sought mercy for them, praying, "Father, forgive them; for they do not know what they are doing" (Luke 23:34).

Some have paraphrased Matthew 5:7 to say that if you show mercy to others, they will show mercy to you. Now that might happen in some isolated incidences, but in this jaded world that's not often the case—as Jesus' life clearly demonstrates. Many Christians have incurred slander, rebuke, lawsuits, and even death for their noble efforts. Jesus didn't guarantee merciful treatment from others. His emphasis was that God shows mercy toward those who show mercy to others.

Don't ever be reluctant to show mercy to others—even when they misunderstand or mistreat you. God will use your kindness for His glory and reward you accordingly. 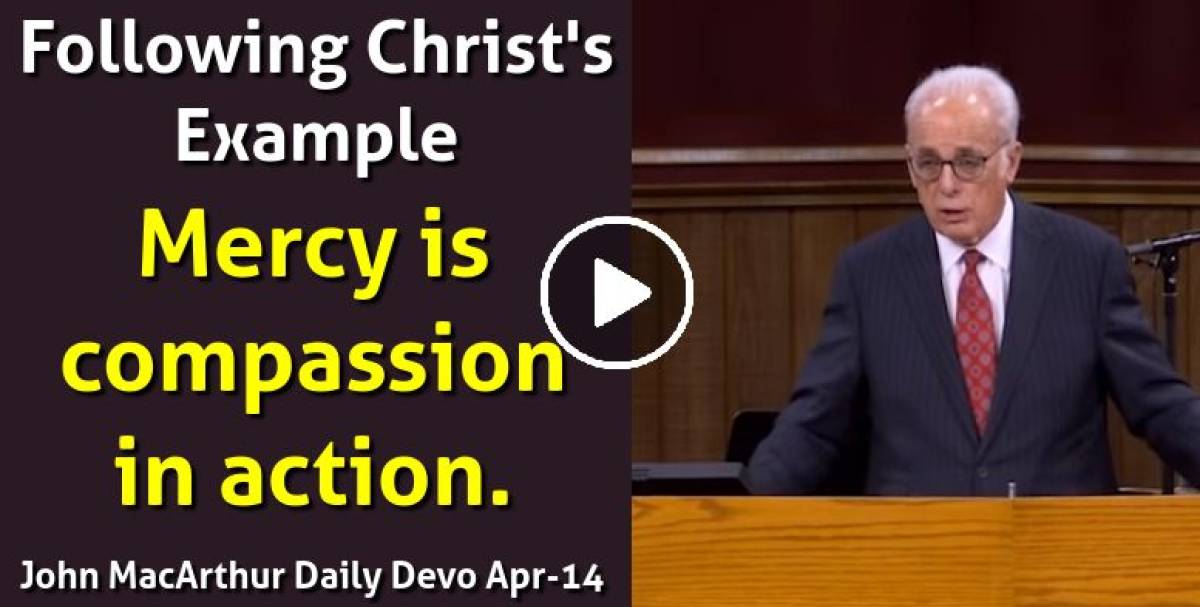