John MacArthur (October-01-2022) Daily Devotional: How to Be Noble Minded.

"[The Bereans] were more noble-minded than those in Thessalonica, for they received the word with great eagerness, examining the Scriptures daily, to see whether these things were so" (Acts 17:11).

On his second missionary journey, Paul, accompanied by Silas, preached the gospel of Jesus Christ in the city of Thessalonica. They weren't there long before the gospel took root and many turned from their idolatry to serve the true and living God (1 Thess. 1:9). In 1 Thessalonians 2:13 Paul says, "We also constantly thank God that when you received from us the word of God's message, you accepted it not as the word of men, but for what it really is, the word of God." Their open response to God's Word made them an example to all the believers in that area (1 Thess. 1:7).

But as exemplary as the Thessalonians were, their fellow believers in Berea were even more so. God called them "noble- minded" (Acts 17:11). They were eager to hear what Paul and Silas had to say, but tested it against God's prior revelation in the Old Testament before receiving it as a message from God. They had learned to examine everything carefully and hold fast to the truth (1 Thess. 5:21).

The church today, however, has an appalling lack of that kind of discernment. Many believers are duped by novel teachings and outright heresies. They're "tossed here and there by waves, and carried about by every wind of doctrine" (Eph. 4:14). We desperately need a new breed of Bereans who will raise high the banner of sound doctrine and never compromise it.

With that goal in mind, our studies this month will focus on the character and benefits of God's Word. You'll learn that it's the source of spiritual growth, spiritual service, blessing, victory, truth, and knowledge. You'll see its infallibility, inerrancy, authority, inspiration, and sufficiency.

I pray that by this month's end, your commitment to learning and applying biblical truth will be stronger than ever, and you will indeed be a modern-day, noble-minded Berean. 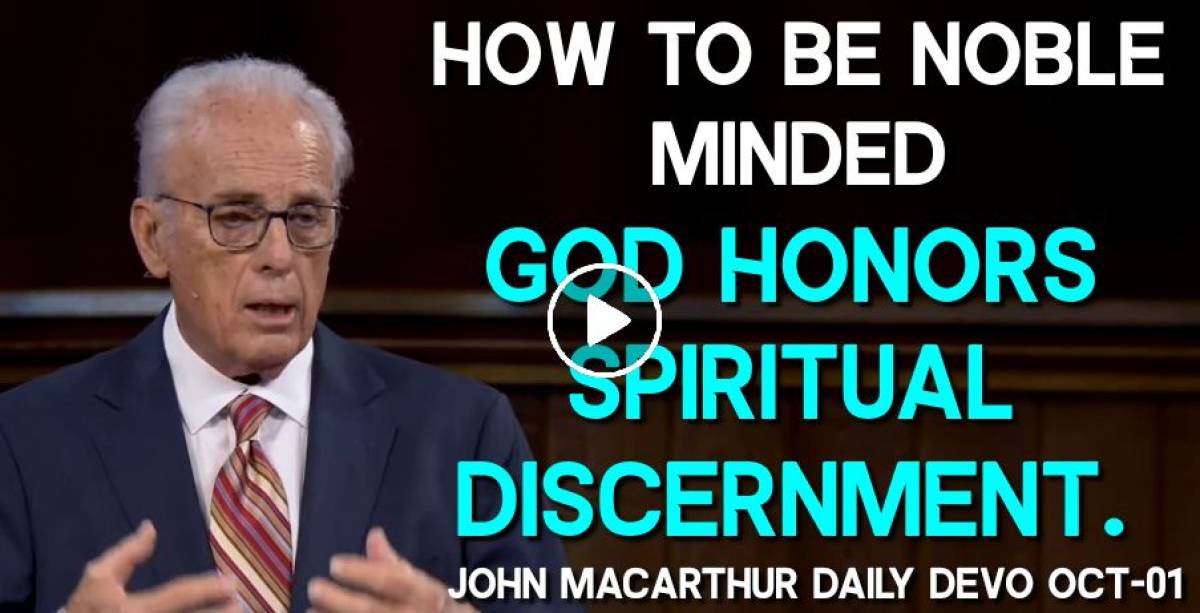