The twelve apostles included "James the son of Alphaeus" (Matt. 10:3).

Like most Christians, James the son of Alphaeus is an unknown and unsung soldier of the cross. His distinguishing characteristic is obscurity. Nothing he did or said is recorded in Scripture—only his name.

In Mark 2:14 Matthew (Levi) is called the son of Alphaeus. Alphaeus was a common name, but it's possible that James and Matthew were brothers, since their fathers had the same first name. Also, James's mother is mentioned in Mark 15:40 as being present at Christ's crucifixion, along with other women. She is referred to as the wife of Clopas in John 19:25. Since Clopas was a form of Alphaeus, that further supports the possibility that James and Matthew were related.

From those references we might conclude that James was a small young man whose personality was not particularly powerful. If he was Matthew's brother, perhaps he was as humble as Matthew, willing to serve the Lord without any applause or notice. Whichever the case, be encouraged that God uses obscure people like James, and rewards them accordingly. Someday James will sit on a throne in Christ's millennial kingdom, judging the twelve tribes of Israel—just like the other more prominent disciples (Luke 22:30).

No matter how obscure or prominent you are from a human perspective, God can use you and will reward you with a glorious eternal inheritance. 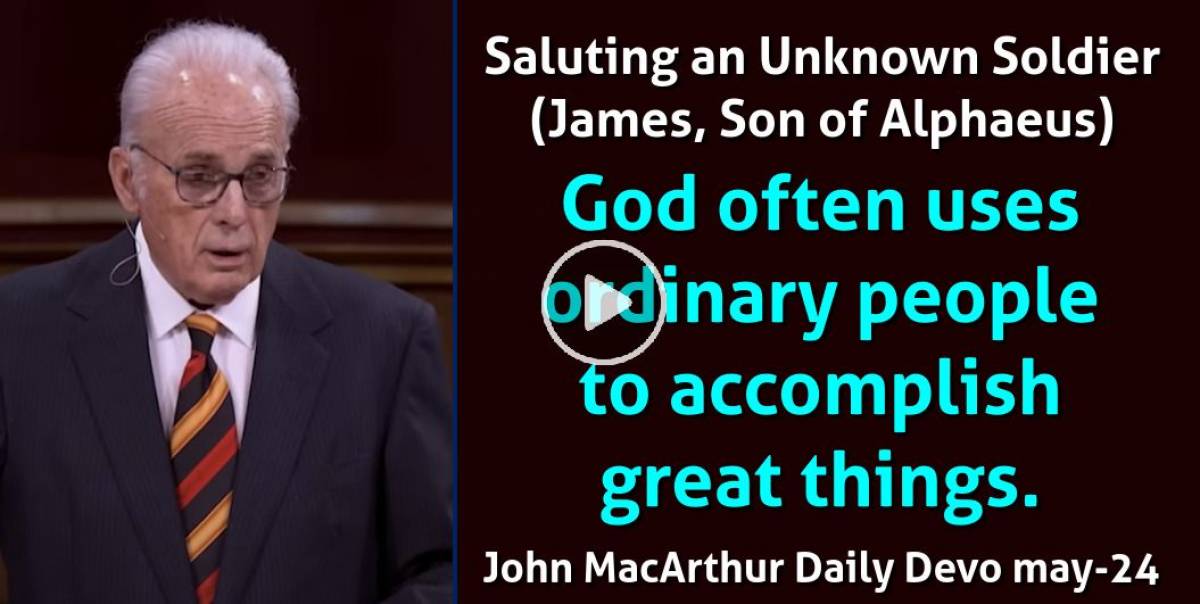