Seek to maintain a proper balance between truth and love.

Some people picture John as overly sentimental and egotistical, lying with his head on Jesus' shoulder and constantly referring to himself as the disciple whom Jesus loved. But that's not an accurate characterization of one of the "Son of thunder"! He loved Jesus deeply and was amazed that Jesus loved him—especially after he wanted to burn up the Samaritans and then secure a prominent place for himself in Christ's kingdom. Calling himself "the disciple whom Jesus loved" (e.g., John 21:20) was simply his way of marvelling over God's grace in his life.

As much as he loved Jesus, John never allowed his love to deteriorate into mere sentimentalism. In fact, the proper balance between truth and love is the hallmark of his ministry. In his writings we find the word love more than eighty times and witness nearly seventy times. His profound love for Christ compelled him to be a teacher of love and a witness to the truth. To him, obedience to the truth was the highest expression of love. As 1 John 2:5 says, "Whoever keeps [God's] word, in him the love of God has truly been perfected."

John's greatest joy was to know that his spiritual children were walking in the truth (3 John 4). He firmly denounced anyone who attempted to divert them from that goal by denying or distorting God's Word.

Today, media talk shows and other influences have blurred the lines between opinion and truth. One man's opinion is purported to be as good as the next, and there's little talk about what's right or wrong.

Truth suffers even within the church because many Christians are willing to compromise it to avoid upsetting people. They forget that true love flourishes only in the atmosphere of biblical truth (Phil. 1:9).

Amid such confusion, God calls you to speak the truth in love (Eph. 4:15). The world doesn't need another opinion—it needs God's absolute and authoritative Word! 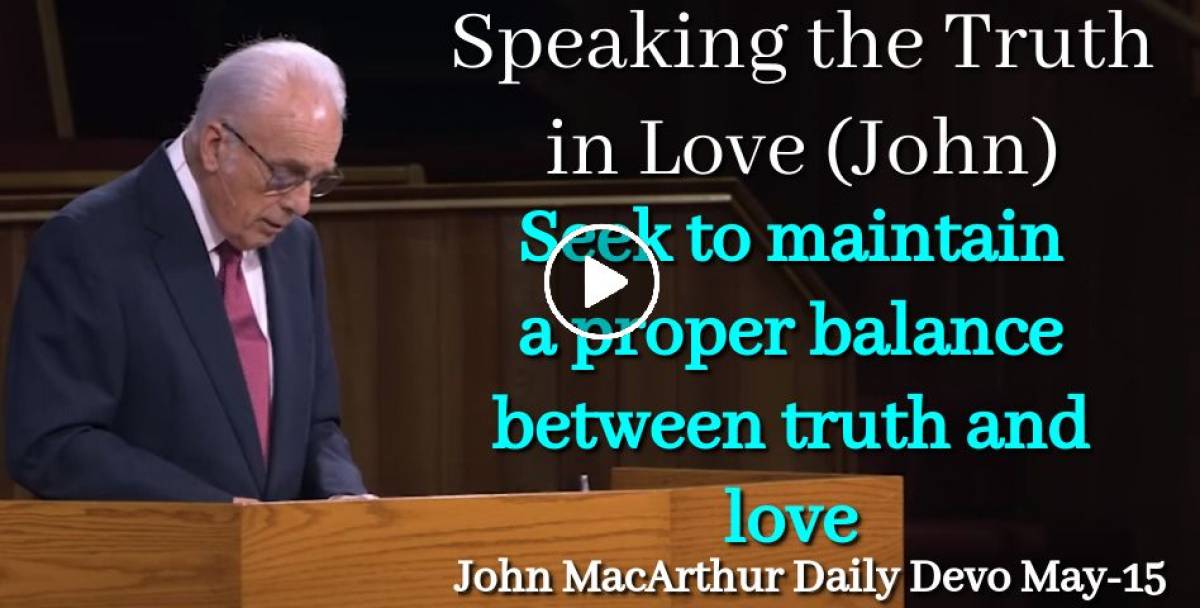