The twelve apostles included "James the son of Zebedee" (Matt. 10:2).

Zeal without sensitivity can destroy your life and ministry.

There's the story of a Norwegian pastor whose motto was "All or nothing!" His life and preaching were stern, strong, powerful, uncompromising, and utterly insensitive. Reportedly the people in his church didn't care much for him because he didn't care much for them. In his zeal and ambition to advance the kingdom and uphold God's standard, he neglected everything else—including his own family.

One day his little daughter became so ill the doctor warned him that if he didn't move her out of the cold Norwegian air to a warmer climate, she would die. He refused, telling the doctor, "All or nothing!" Soon his little girl died. His wife was so grief-stricken she would sit for hours holding her daughter's garments close to her heart, trying somehow to ease her pain.

When the pastor saw what his wife was doing, he gave away the clothes to a poor woman in the street. All that remained was a little bonnet, which his wife had hidden so she would have some reminder of her precious daughter. When the pastor found it, he gave that away too, lecturing his wife on giving "all or nothing." Within a few months, she too died—of grief.

Now that's an extreme example of insensitive zeal, yet there are many pastors, evangelists, and other Christian workers who are so zealous for the Lord and so task- oriented, they don't see the pain their own families and congregations are suffering.

James could have been like that if he hadn't yielded his life to Christ. He began as a zealous and insensitive disciple but God refined his character and used him in a marvelous way.

Examine your own ministries and motives. Are you sensitive to your family and the people you serve with? Zeal can be a wonderful quality but it must be tempered with love and sensitivity.

Eli the priest was negligent and insensitive to his family. Read 1 Samuel 3:1—4:18. 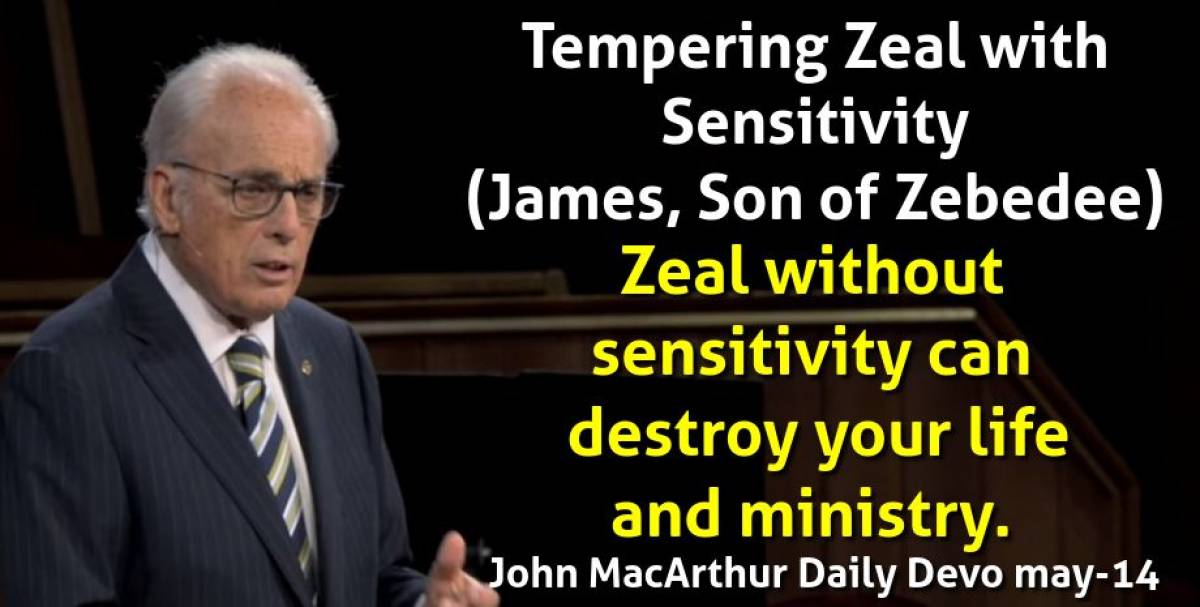