Prince's TV program Destined to Reign is broadcast in more than 150 countries. His broadcast program is also streamed online through Internet and podcasts.

Prince publishes books, CDs and DVDs. In 2007, his book Destined to Reign: The Secret to Effortless Success, Wholeness and Victorious Living, which contains teachings from his ten years of preaching from 1997 to 2007, was published in Singapore and the US. Six months after the book's US release, it was listed as one of Christian Retailing's Top 100 Books. In 2010, Prince's latest book Unmerited Favor, was published worldwide by Charisma House.

Prince was featured in the cover story of the June 2010 issue of Charisma magazine, which covered his preaching and teaching ministry.

On 29 October 2011, Prince ministered in the US for the first time at Lakewood Church, America's largest church, in Houston, Texas. He also preached at two more services the day after. 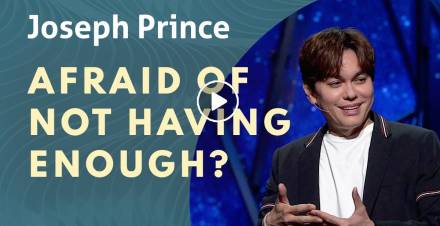 Joseph Prince - Watch Sermon: Breaking Your Scarcity Mindset. Afraid of not having enough? No matter what situation you are in, God wants to provide for every need in your life! Because of the cross, His grace is always supplying healing, protection, wisdom, and provision to you. And the more…
Read more... 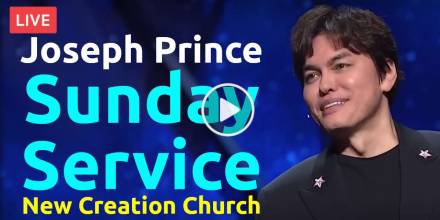 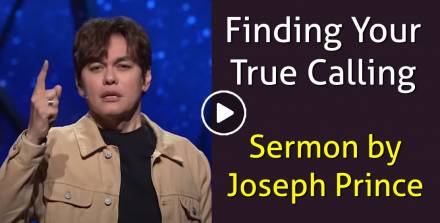 Joseph Prince - Watch Sermon: Finding Your True Calling. Have you lost your sense of purpose? Are you unsure of what God is really calling you to? Know that when God calls you to something, He will equip you for it!
Read more...

Joseph Prince - How to Rest in God & Accept God's Grace 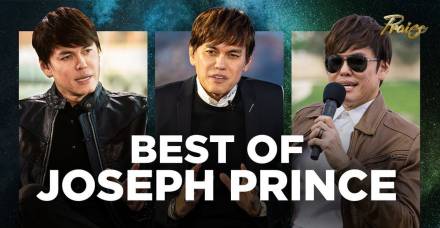 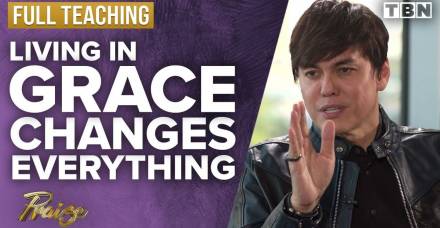 Joseph Prince - Watch Sermon: Let Go of Fear, Worry, and Anxiety. Joseph Prince sits down with Matt and Laurie Crouch on TBN's Praise to discuss letting go of stress and worry and allowing grace to flow in your life. Lean in as they unpack Joseph Prince's book, "Live The…
Read more... 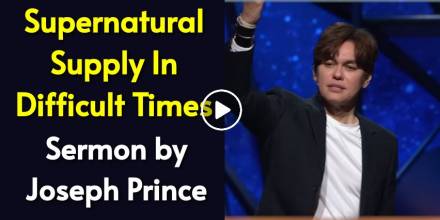 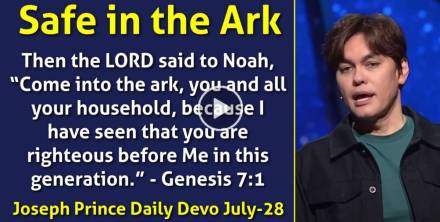 Joseph Prince (July-27-2022) Daily Devotional: Safe in the Ark Then the LORD said to Noah, “Come into the ark, you and all your household, because I have seen that you are righteous before Me in this generation.” - Genesis 7:1 Remember how Noah was safe in the ark when the…
Read more...