Prince's TV program Destined to Reign is broadcast in more than 150 countries. His broadcast program is also streamed online through Internet and podcasts.

Prince publishes books, CDs and DVDs. In 2007, his book Destined to Reign: The Secret to Effortless Success, Wholeness and Victorious Living, which contains teachings from his ten years of preaching from 1997 to 2007, was published in Singapore and the US. Six months after the book's US release, it was listed as one of Christian Retailing's Top 100 Books. In 2010, Prince's latest book Unmerited Favor, was published worldwide by Charisma House.

Prince was featured in the cover story of the June 2010 issue of Charisma magazine, which covered his preaching and teaching ministry.

On 29 October 2011, Prince ministered in the US for the first time at Lakewood Church, America's largest church, in Houston, Texas. He also preached at two more services the day after.

Born to Die That You Might Have Everlasting Life - Joseph Prince

Joseph Prince`s fragment of the sermon "Born to Die That You Might Have Everlasting Life " online. Watch this video and discover how it was poignantly clear, even from Jesus’ birth, that He was the only baby born to die, and for your sins and my sins. We pray that your hearts will be filled afresh with God’s love as you see how He always had our salvation in mind. Knowing that His precious Son would die on the cross one day must've caused God such pain, but He chose to send Him into our world anyway. Will you receive His great compassion for you?

Born Into Man's Rejection, But Gave Us His Acceptance - Joseph Prince

Fragment of the sermon "Born Into Man's Rejection, But Gave Us His Acceptance" by Joseph Prince. Watch this clip and get a glimpse of our Lord Jesus’ love which never fails, never gives up, never runs out on you (Jesus Culture, you guys said it so well). Although man rejected Him when He came into our world, He brought nothing but good to us during His time on earth. He then embraced us with the greatest love of all by dying for us on the cross, and hasn’t stopped inviting us to accept Him as our Lord and Savior since (John 3:16). If you’re feeling far from Jesus, or feel like you’ve rejected Him one too many times—He hasn’t given up on you. Will you give His love a chance today?

The sermon Change How You See And Change Your Life by Joseph Prince (online) Instagrams, viral videos, negative news images. What’s feeding the imaginations of your heart? Joseph Prince preaches a powerful message as he shows you how the images flooding your heart can affect your life positively or negatively. Fill your heart with faith pictures and start to walk in divine health and success as you see yourself like a tree planted by rivers of water—healthy, fruitful, and thriving. Enjoy parenting and greater family blessings as you see your children as olive plants—anointed and destined for great things! Download uplifting faith pictures from Scripture, see the good God sees, and change your life for the better! 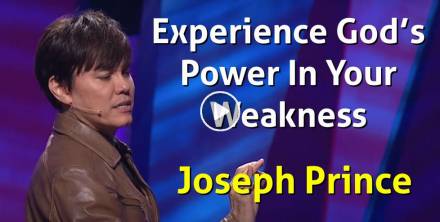 Joseph Prince Sermon - Experience God’s Power In Your Weakness - 26 Nov 17. Who doesn’t love a good underdog story? Whatever your weakness today, take heart as Joseph Prince shines the spotlight on how beloved heroes in the Bible—David, Gideon, and Samson—were insignificant, seen as deficient, and disregarded by the mighty when they first started out. Yet God picked them and gave them their big breaks in life. Similarly, whether it’s shyness, a learning or physical disability, or barrenness in any area, see from the Scriptures why you’re God’s preferred choice for inspiring thousands. Give your weakness to Him, lean on His grace, and experience His power and glorious transformation!
Read more...
Wednesday, 29 November 2017 12:26

Praise Report—Freed from Smoking Addiction, Healed, and Had Dreams Restored -  Joseph Prince. Be encouraged by this uplifting testimony of how the Lord restored a sister’s broken dreams and delivered her from addiction.

I want to read to you a testimony from a lady that... She's from America, from Texas. And she said this, “I grew up with a church background but did not understand that Jesus had already paid the entire price for all my sins.

When I was years old, I went down the wrong path and began to smoke marijuana and cigarettes, which ultimately led to fornication, heavy drinking, and severely abusive relationships, simply because I was trying to find friends and blend in with others. I did not realize that I was giving away my blessings and great opportunities. When I was , I was on the brink of becoming a great singer and was offered a great career in show business. However, because of the smoking, the one gift that could have taken me there began to fail me. I was losing my voice slowly. It would fade in and out and eventually my dreams were smashed when I received no more offers. After that, I fell into a great depression for years and I moved away to start life over. Even so, I was still struggling with smoking while watching my contemporaries excel, and I felt bitter about being left behind. This was until Father God sent me the wonderful message of grace. I have since quit smoking altogether. And because of Joseph Prince Ministries, I have found my true love, Jesus Christ.” No more abusive relationships.

Think about this: This is how “dangerous” my teaching is. This is the teaching that your friends warned you about. “I am also pleased to report that the Lord has healed my voice and it is now even better than before. I have also been blessed with a new opportunity to work with a well-known talent manager. So even though I am now , years older than when I first started, the Lord has restored my soul, my youth, and given me a fresh start. Pastor Prince's message of grace really transformed my whole way of life and my entire way of thinking. I now understand that it's not by my own works but by His grace that I've been saved.” Thank you, Lord Jesus. Come on church!

The Lord Goes Behind You And Before You - Joseph Prince 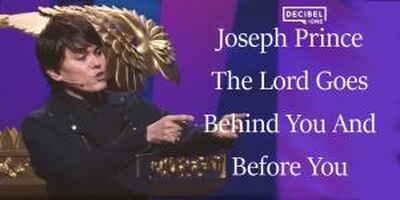 The sermon "The Lord Goes Behind You And Before You" by Joseph Prince.  Watch to see why with the Lord in your life, you don’t have to live in paranoia, or be constantly looking over your shoulder for danger. Discover a most-caring God who tends to every aspect of your life and who’s got you covered—front and back (see Isa 52:12)! 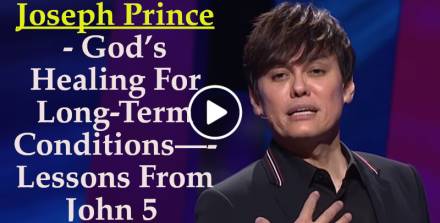 Are you facing a situation that looks hopeless? Or a condition that’s lasted so long you’ve learned to just live with it? Let Joseph Prince show you in this landmark message how God is able to heal every affliction, no matter how long-term, and restore to you more than you can imagine. See from the miraculous healing account in John 5, how the Lord knows your pain, seeks you out, and is more than willing to heal and supply your need. Discover how you can experience His saving power right in the midst of your challenge and walk out, every bit whole and restored! 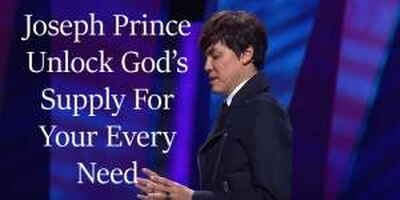 Joseph Prince - Unlock God’s Supply For Your Every Need - 12 Nov 17 ( sermon online). Your little becomes much in God’s hands! Joseph Prince reveals secrets from the feeding of the five thousand to help you unlock God’s supply for your needs. See how God can multiply what’s meager to more than meet the demand no matter how great it is. Whether it’s healing for your body or practical supply for your family, find faith to receive your miracle as you catch a revelation of our ever-giving Lord Jesus. Stop worrying about the little you have or the largeness of the need—the One who loves to add His blessings to you is your God! 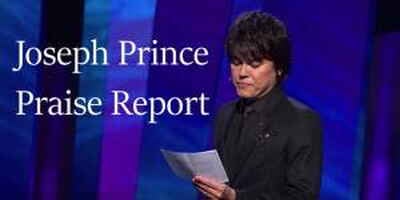 In video Praise Report—Delivered from Addictions and Life Transformed Joseph Prince says: I'm gonna read to you a testimony right now from the U.S. This just came in not too long ago. A man who wrote this, “Pastor Prince, my wife and I came to learn about the grace of God in March .

Before we moved into our apartment we would frequently catch your Destined to Reign broadcast that revealed a more loving and giving Jesus to us.” “Ever since I was young, I was exposed and bound to sins like smoking and pornography that I did not know how to be freed from.” So this is not a situation of just condemnation, people. This is bound by pornography and smoking. He says that, “And I have an unhealthy desire for these activities and I continued in them even after I was married.

But it seemed like the more I spent time listening to your broadcast messages, the more I was delivered. I somehow understood that Jesus would take my bondages away and I just had to keep my eyes on Him as you had taught.Not long after, I noticed that I could use my laptop and go online and not be overcome by the temptation to look for porn. I've recently started a new job at a plasma processing center and have peace in my job. God took the desire to smoke cigarettes and marijuana away from me as well.” Now this is freedom from drug addiction. “God also restored our apartment back to us after a supposed eviction, healed me of a pulmonary embolism, blockage in a lung artery, in both lungs, healed my wife of aneurism, a bulge in her blood vessel. Pastor Prince, your ministry is leading believers beside still waters and our souls are restored.”

Joseph Prince sermon The Unlikely Cure for Loneliness - online. While this advice might help in those lonely moments you face, did you know that there’s Someone whom you can already turn to, next time the loneliness hits? He might be the God of the universe, but He ALSO wants to be your constant companion and closest friend. Watch to find out why He’s the best remedy for your loneliness, and share this video with your friends, too - cuz God knows we all experience loneliness from time to time.