A GREATER BLESSING IS IN STORE FOR YOU - Joseph Prince Daily Devotion (September-24-2020).

Romans 8:31 What then shall we say to these things? If God is for us, who can be against us?

Whenever the devil throws something at us, we need not lose hope. In fact, we can be sure that God will turn it around for our greater blessing because He is for us.

When God first made man, He gave man dominion over everything on earth. (Genesis 1:26) But when Adam fell, sin and death entered the world, and man lost his authority to the devil.

So did the devil win? No, God executed His redemption plan by sending His Son Jesus to die for us. And He wants us to know that Jesus’ death did more than just restore us to the same position that Adam had—it placed us in a much higher position!

When the Father raised Jesus from the dead, we who are in Christ were raised with Him. In other words, we are now seated with Him at God’s right hand in the heavenly places, “far above all principality and power and might and dominion, and every name that is named, not only in this age but also in that which is to come”! (Ephesians 1:21) Adam never had this position. So through Jesus’ death and resurrection, we have received so much more.

In the Old Testament, we read of how God brought the Israelites out of bondage in Egypt into a land flowing with milk and honey. The devil thought that he could foil God’s plan by putting giants in the promised land to stop the Israelites from inheriting it. But God outsmarted the devil. He allowed the giants to build their homes and cities, dig wells and cultivate crops until the right time came. Then, He brought the Israelites into the land and evicted the giants!

Beloved, the devil may throw obstacles and evil circumstances at you, but God will turn those evil schemes around for your greater blessing because He is for you! 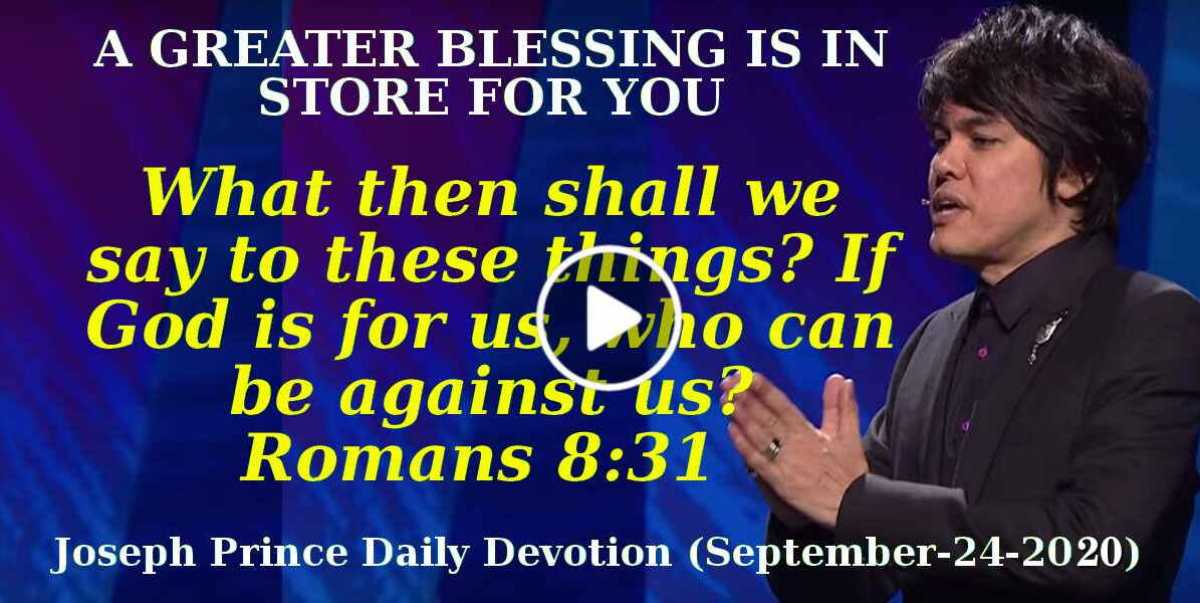